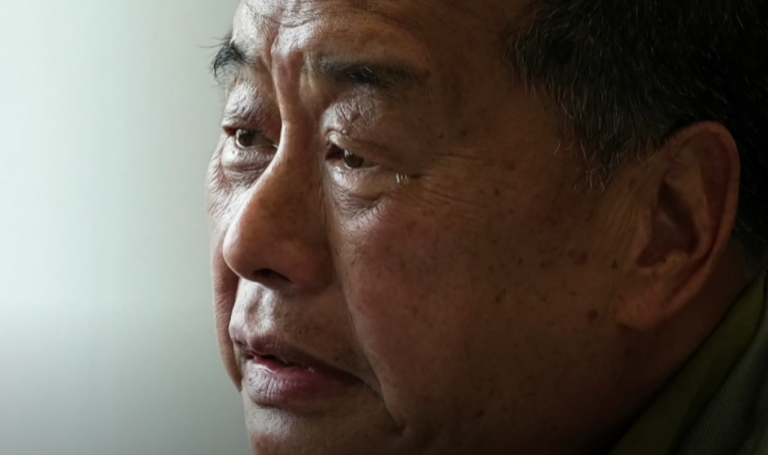 Jimmy Lai risks everything to take on Beijing in support of his democratic principals. (Image: YouTube/Screenshot)

Jimmy Lai, the founder of the newspaper Apple Daily, launched a live broadcast on Twitter to share his feelings about his arrest and interacted with netizens.

After being released on the morning of August 13, Lai participated in the live broadcast together with guests Mark Clifford, the former editor-in-chief of the South China Morning Post; Mike Gonzalez, a senior fellow at the Douglas and Sarah Allison Center for Foreign Policy at The Heritage Foundation.

Lai pointed out that on the morning of August 10, as usual, he read the newspaper at home after his exercise. Suddenly, up to 20 police officers showed up to arrest him. Lai also noted that this was the first time he was handcuffed, and it was also the first time he was detained for more than one day.

He said that during his detention, he slept on the floor of the detention room and could not fall asleep. Later, the authorities transferred him to several police stations because of a power outage or malfunctioning of the fingerprint machine.

Clifford said that the Chinese government had always ignored the public opinion of the Hong Kong people, and Lai was like a “representative symbol of resistance.” Another guest, Gonzalez, said that Beijing’s arrest of Lai and the implementation of the Hong Kong National Security Law were a significant mistake. The takeover of Hong Kong is like “putting a delicate violin into the hands of someone who does not understand music.” Lai agreed with this metaphor.

Lai also said that the CCP does not understand that Hong Kong has become an international financial center because of its free speech, the rule of law, and human rights.

Without these critical factors, Hong Kong will lose its global status. As the values of the CCP are different from the universal values of the West, if they do not change, there will be no peace in the international community.

In the Q&A session at the end of the live broadcast, overseas audience member Nicole interacted with Lai online. Nicole said that she had no questions to ask, and just wanted to express her respects to Lai. Nicole also revealed that she would participate in a rally in New York to show her support for Lai.

While expressing his gratitude to Nicole, Lai couldn’t hide his emotions and shed tears. Another Hong Kong citizen in the United States also talked with Lai online. Lai responded that overseas support for Hong Kong activities was crucial, and it would become powerful if it kept going.

Regarding the recent record-high sales of Apple Daily and reader support, Lai once again choked on his words. He thanked the readers for their support and said: “I am very touched. I am 73 years old and have been in Hong Kong for more than 60 years. I have never been so moved and happy. I know that I am doing the right thing, which is a precious feeling, particularly for a person who is approaching the end of his life. If a person knows that he is doing the right thing, no matter how difficult or serious it is, he will feel calm and even happy.”

He also said that when handcuffed, he had never felt so desolate or humiliated. When released from the police station, seeing so many people supporting him, he was grateful. Lai pointed out that all he did was just to give back to Hong Kong “because this place is so kind to me, I need to do and should do something righteous for this place. This place is my homeland, where it nurtures me to this today, a place for everything.”