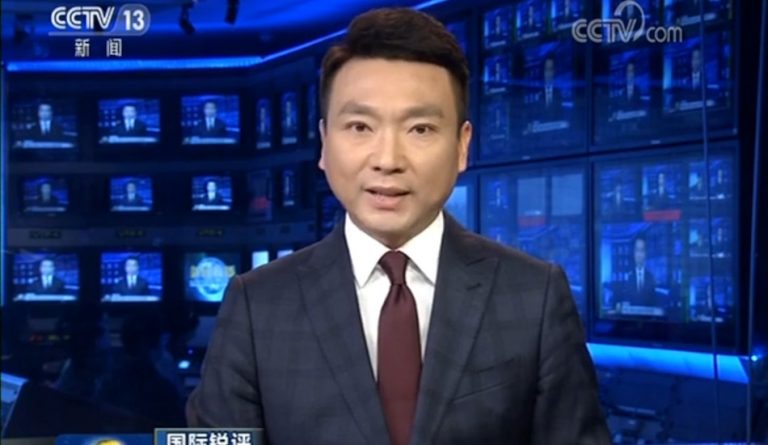 The many disasters in China during 2020, including the COVID-19 outbreak and flooding in the south, have caused great harm to mainland Chinese people. Recently, the on-air words from CCTV anchor Kang Hui angered Chinese netizens who had already been feeling down for a long time.

On August 8, CCTV News asked the popular CCTV anchor Kang Hui to say some words to cheer up the people watching. Kang Hui said: “Along with the epidemics and the floods, we have experienced many accidents in 2020. However, no matter how difficult a problem, if it is divided by 1.4 billion, it will become insignificant. No matter how little strength, if it is multiplied by 1.4 billion, it will become powerful!”

Weibo’s netizens criticized the CCTV anchor for “speaking hogwash,” and “mistakenly applying this multiplication and division method and then taking it to the extreme.” Many netizens even questioned: “Civilians do carry on taking responsibility alone when needing help, but where are your helping hands at this time?”; “Why can’t the special offers, the rewards for privileged officials, and the money deposited in their Swiss bank accounts, be divided by 1.4 billion? As we have bad times together, we should also share good times!”; “No matter how trivial a difficulty, if multiplied by 1.4 billion, it will become a huge problem.”; “When assigning houses, distributing cars by official level, and enjoying the rewards for high-ranking officials, don’t we need to think about the 1.4 billion civilians?”

The number of “1.4 billion” has always been manipulated by the Chinese Communist Party (CCP) to glorify itself, influence public opinion, shape ideology, and maintain its rule.

In 2018, at the beginning of the U.S.-China trade war, the CCP kidnapped 1.4 billion Chinese people to fight the trade war, saying that it would win the battle “at all costs.” During the anti-extradition campaign in Hong Kong last year when protesters were faced with increasingly violent suppression by the police, the CCTV anchor presumed to represent 1.4 billion people again, stating they all supported the actions of the Hong Kong police. Netizens mocked him, saying: “Don’t represent me.”

In a speech to China last month, U.S. Secretary of State Mike Pompeo specifically mentioned that “…communists almost always lie. The biggest lie that they tell is to think that they speak for 1.4 billion people who are surveilled, oppressed, and scared to speak out.” But in fact, “the CCP fears the Chinese people’s honest opinions more than any foe.”