The New York Times Removes Chinese Propaganda From Its Website 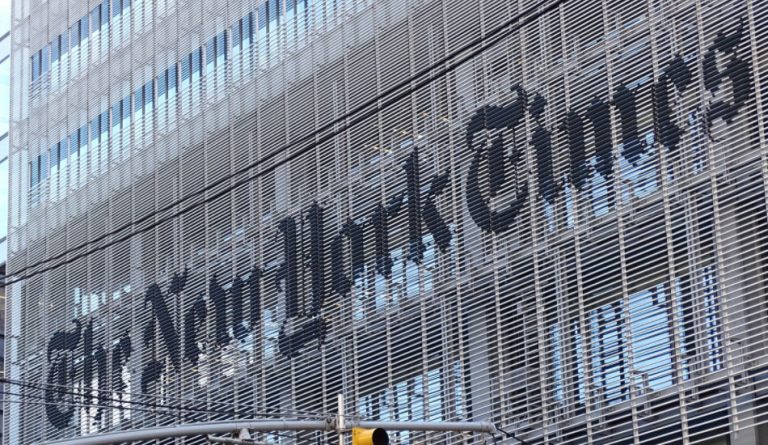 Even though the NYT has published numerous articles exposing the atrocities of the Chinese government, it has also printed over 200 Chinese propaganda articles in the past 10 years, most of which tried to whitewash the human rights violations committed by the Chinese Communist Party. For instance, a Chinese propaganda video ad published in the NYT last year promoted tourism in Xinjiang by presenting the persecuted Uyghur people as being happy under CCP rule. The NYT’s decision to stop publishing such Chinese propaganda adverts comes amid America’s increasing wariness about rising CCP influence in the country as well as efforts to push back at such infiltration efforts.

U.S. Representative Jim Banks, who is part of the “China Task Force” set up by Congress to counter Chinese propaganda, hailed the NYT’s decision to terminate its relationship with Beijing-backed China Daily. “The New York Times has done excellent, detailed reporting on the ongoing Communist Party atrocities in Xinjiang and around the world… That reporting has finally had an effect — at The New York Times — and it no longer supports covering up the CCP’s barbarity. I hope the other outlets follow suit and start putting American values over Communist bribes,” he said, as reported by Free Beacon.

In June, China Daily filed a set of documents with the Justice Department that exposed the extent to which the CCP has been investing in American media. The documents revealed that China Daily had spent around US$19 million over the past four years on several U.S. media outlets to publish their Chinese propaganda content.

About US$6 million was paid to The Wall Street Journal while US$4.6 million went to The Washington Post. Foreign Policy received US$240,000, CQ-Roll Call received US$76,000, The New York Times received US$50,000, and The Des Moines Register was given US$34,600. Other news outlets such as The Los Angeles Times, The Chicago Tribune, The Boston Globe, The Seattle Times, and The Houston Chronicle also accepted money from China Daily in exchange for publishing their content.

A spokesman from The Washington Post revealed that the company has not published any articles from China Daily since last year. However, the person did not make it clear whether The Washington Post had formally terminated its relationship with the Chinese media outlet. In April, UK newspaper The Daily Telegraph also stopped publishing content from a CCP-backed entity. Even the articles that were already published on their website were wiped off.

In May, the U.S. government cut down the validity period of Chinese journalist visas to a maximum of 90 days. Many Chinese media people working in the U.S. have filed for the renewal of their visas. However, the administration has not responded in any manner to these applications, leading many to believe that the government might be planning to ban Chinese journalists altogether.

In total, 40 Chinese journalists are awaiting the renewal of their 90-day work permit. Beijing has threatened the U.S. with retaliation if the visas are not renewed. Hu Xijin, the editor-in-chief of state tabloid Global Times, warned that U.S. journalists working in Hong Kong will be targeted. According to Ross Feingold, a Taipei-based political analyst, America has been frustrated due to the many restrictions placed on U.S. journalists working in China. As such, the Trump administration seems to have decided to return the favor by placing restrictions and possibly bans on Chinese reporters working in America.