Did the Chinese Discover America Before Columbus? 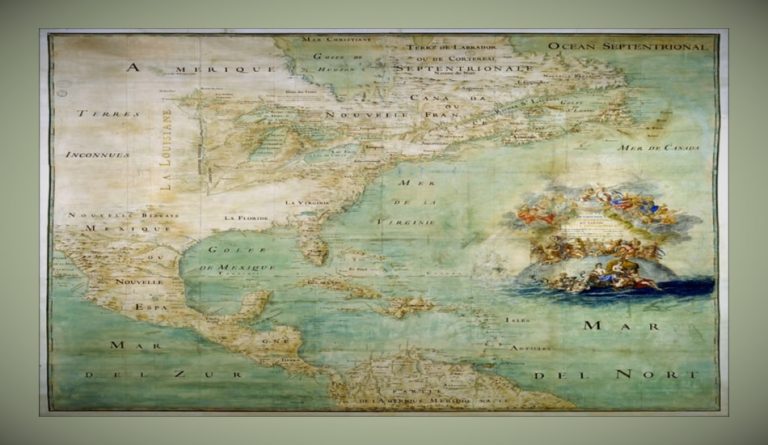 The discovery of America is most often attributed to Christopher Columbus, who is said to have landed in the Americas in 1492, although he never set foot in North America. (Image: Screenshot / YouTube)

In 2002, British author Gavin Menzies published a book titled 1421: The Year China Discovered America. As the name suggests, the book postulates that Chinese sailors discovered the land of North America in 1421, more than 70 years before Christopher Columbus landed on the continent. Did the Chinese discover America or is Menzies’ proposition just another case of pseudo-history?

In the book, Menzies asks a question that forms the basis of his theory. In some of the early European world maps, lands that were said to be unknown at the time were seen to have been mapped out. Menzies asks who could have chartered and surveyed these lands prior to their “discovery” by Europeans. The author concludes that it has to be explorers from China since only they had the money and manpower at that time to send long-term expeditions across the world.

Menzies theorizes that the Yongle Emperor during the Ming Dynasty sent out exploratory fleets between 1421 and 1423. These fleets were apparently overseen by Admiral Zheng He and eventually discovered the Americas, Australia, New Zealand, Antarctica, and the Northeast Passage. Upon release, the book became an instant hit and was listed as a New York Times bestseller for many weeks in the year 2003.

One of the main “proofs” that Menzies’ theory is based on is a Chinese map, claimed to be from 1418, that shows the world’s oceans and all seven continents. Features of North America have been portrayed with admirable accuracy. However, this proof is in direct contradiction to Menzies’s own claim about the expedition. Since the exploration only began in 1421, how was an accurate world map created three years prior?

Experts say that the map is a fake, created only at a later date. “Even normally chauvinistic Chinese scholars have rubbished the find. They pointed out… that the cartographic portrayal of the Earth as two circles on a flat sheet is European. The most obvious ‘mistake’, showing California as an island, is clearly borrowed from mistakes made in 17th-century European maps,” according to The Guardian.

In addition to the Chinese, several other groups have been theorized to have discovered America first. One leading proposition is that Irish monks landed on the continent sometime during the 6th century A.D. A monk named Saint Brendan is said to have sailed to North America in a wooden boat covered with animal skin. His adventure is believed to be recorded in the annals of Ireland.

Even though Saint Brendan is a real historical figure who is known to have traveled throughout Europe, there is no actual proof of him ever coming into contact with North America. In 1976, author Tim Severin created a replica of Saint Brendan’s boat and sailed a similar route to land in Canada. However, just because such a journey is possible does not mean that it actually happened.

The theory of Vikings discovering America is something that has actual proof and is attested as a fact by most historians. Around A.D. 1,000, a Viking explorer named Leif Erikson landed in a place that he called “Vinland.” This place has been identified as the Newfoundland province in Canada. Erikson stayed only a few years in Vinland before returning to his home in Greenland. In 1960, an ancient Norse settlement was discovered in the Newfoundland region. And in the following years, the foundations of eight buildings were excavated.