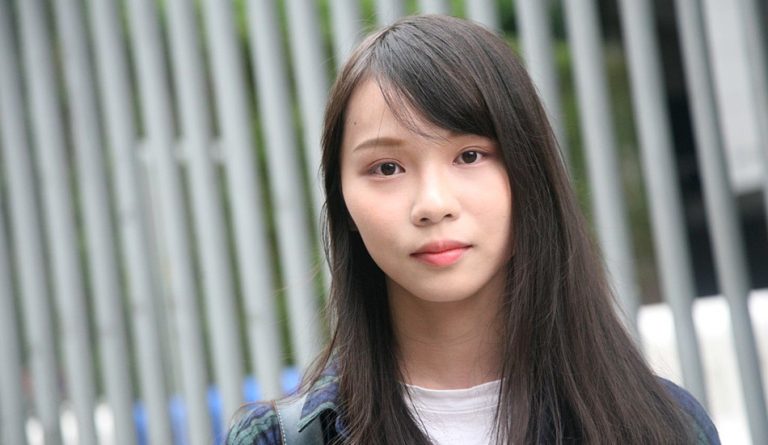 Since she is standing up to the Chinese regime for the autonomy of Hong Kong, people have started calling Agnes Chow the ‘real’ Mulan. (Image: via Wikimedia Commons)

Disney is busy hyping its upcoming movie Mulan, which is expected to hit theaters in September. However, the film is receiving immense hatred online after its star Liu Yifei insulted Hongkongers by supporting the actions of the Chinese Communist Party (CCP) in the city. People have also started to call 23-year-old pro-democracy activist Agnes Chow from Hong Kong the “real Mulan.”

The story of Mulan revolves around a woman who fought enemies to save her country. Since Chow is fighting against the Chinese CCP regime for the autonomy of Hong Kong, people were quick to draw comparisons between the activist and the legendary figure. Chow was recently arrested by Hong Kong authorities under the newly implemented National Security Law. She was charged with “colluding with foreign forces.” Chow has been released on bail. However, if she is convicted in court, Chow could end up spending her life in prison. Her story has attracted immense attention from Hong Kong and all across the world, with her arrest even triggering the hashtag #FreeAgnes.

Back in August 2019, Mulan star Liu Yifei shared a post from China-backed People’s Daily in which she angered people by saying: “I support the Hong Kong police. You can all attack me now.” This was at a time when Hong Kong’s anti-extradition protests were going ahead full steam. As such, many Hongkongers saw Liu’s post as an insult to their efforts and started protesting against the movie Mulan, calling for people to boycott it. It is in this context that comparisons between Liu and Agnes Chow emerged, with the latter being dubbed as the “real” Mulan. Agnes Chow is not only popular in Hong Kong, but also in neighboring countries like Japan and South Korea. The hashtag #FreeAgnes has become popular in Japan.

“Disney held an unequivocal position about opinionated actors working for their films. In the past, it has insisted some actors apologize for making misogynistic remarks. But for the remarks of Mulan stars Crystal Liu Yifei and Donnie Yen, who backed the violent Hong Kong police force and the passage of the national security law, it didn’t take any measures. It is a double standard and hurts the democratic movement… Disney picked Liu Yifei for the lead role of Mulan to depict a woman who overcame discrimination against her. But she just backed the violence imposed against Hong Kong citizens, which is unacceptable,” Park Do-hyoung, co-leader of the Declaration of Global Citizen in Korea, said to The Korea Times.

Mulan was made on a budget of around US$200 million and the original plan was for an international release in March. However, the outbreak of COVID-19 disrupted things and the movie’s release has been shifted to September. But the movie will not see a wide release since many theaters across the world still remain closed. Even in the theaters that will exhibit the movie, attendance is expected to be on the lower side. To counter the potential losses, Disney has decided to release the film on its Disney Plus streaming platform.

Disney Plus subscribers will have to pay about US$30 to get “Premier Access,” which will allow them to stream the film online. Even though the film will be made available to every subscriber, people with “Premier Access” will get the right to see it first. Disney CEO Bob Chapek stated that the company does not have plans to repeat the online streaming tactic for its other major movies like Black Widow. However, if the “Premier Access” strategy does rake in good money, many experts see more movies being released in this manner in the future.