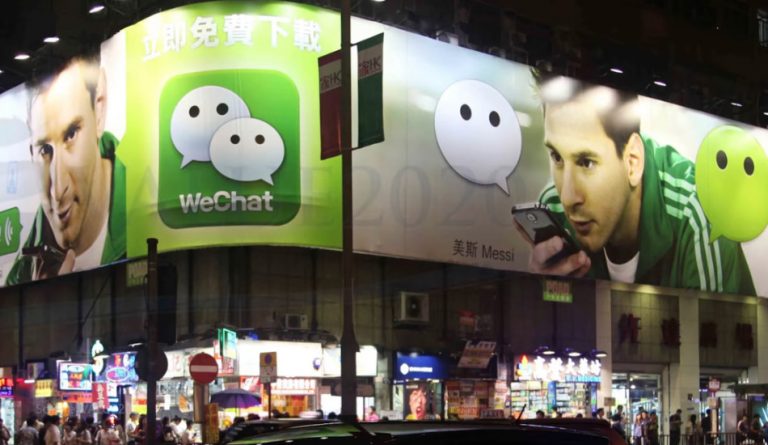 After President Trump signed an executive order that would effectively ban WeChat use in America starting in September, there has been criticism from some quarters as to whether such a move is necessary. WeChat is not only a security risk to America in the sense that it can provide Beijing access to the personal data of U.S. citizens, the app is also notorious for implementing pro-CCP censorship on an international level.

When COVID-19 broke out, people across the world were sharing information about the virus in a bid to warn each other. But WeChat basically betrayed its users by censoring content related to the outbreak. A report by the research group Citizen Lab found that the app blocked content with keywords that criticized Chinese President Xi Jinping. As the infection became more intense, censorship also became even more stringent.

Last year, Citizen Lab did an analysis of WeChat’s censorship practices and discovered that the app implements real-time, automated censorship of images in a chat depending on the text that is associated with the pictures. Censored images included those that discussed the 2018 U.S. Midterm elections, the U.S.-China trade war, and the arrest of Huawei’s CFO, Meng Wanzhou. Adam Segal, the director of the digital and cyberspace policy program at the Council on Foreign Relations, pointed out that WeChat’s parent company Tencent is under tremendous pressure to implement censorship tech according to Beijing’s instructions. In addition to tens of thousands of human censors, the app is using new approaches like machine learning to censor content.

Tests conducted by The Epoch Times show that WeChat has been censoring media content in the U.S. Many Chinese language outlets that are known to be anti-CCP had their content blocked in the United States, including sites like The Epoch Times, Voice of America, Radio Free Asia, and NTDTV. Chinese-language websites of outlets like The New York Times and the BBC were found to sometimes be blocked and sometimes allowed. Back in 2018, a study of 1.04 million articles posted on 4,000 public WeChat accounts found that almost 11,000 “sensitive” articles had been removed by the app.

Given such pro-CCP censorship done by WeChat, it is definitely in the interests of the United States that the app is banned in the country. U.S.-based rights activist Zhou Fengsuo finds it appalling that Chinese censorship has been allowed to flourish on American soil. “The United States’ mistake has been that its free and open internet has allowed the CCP to occupy territory here, and build [virtual] fortresses that treat people as [virtual] slaves… WeChat is extending the boundaries of the Chinese internet overseas… It is unprecedented to use a country’s freedom in the interests of a country that restricts freedom… It’s a kind of whitewashing. It makes me very angry to see it,” Zhou said to Radio Free Asia.

Effect on US businesses

While the Trump administration is trying to protect the freedoms of the American people by banning WeChat, companies like Apple and Disney are reportedly lobbying to halt the ban. The companies argue that the ban would harm American businesses that are operating in China.

One analyst predicts that the order to ban WeChat from Apple’s App Store could end up triggering up to a 30 percent drop in iPhone sales in China. WeChat is basically an intrinsic part of everyday life in the Asian nation. As such, people would find it difficult if they are unable to use the app. Almost 95 percent of iPhone users in China are apparently willing to switch to an Android device if Apple does not support WeChat.