Science-Backed Research: How Meditation Benefits You 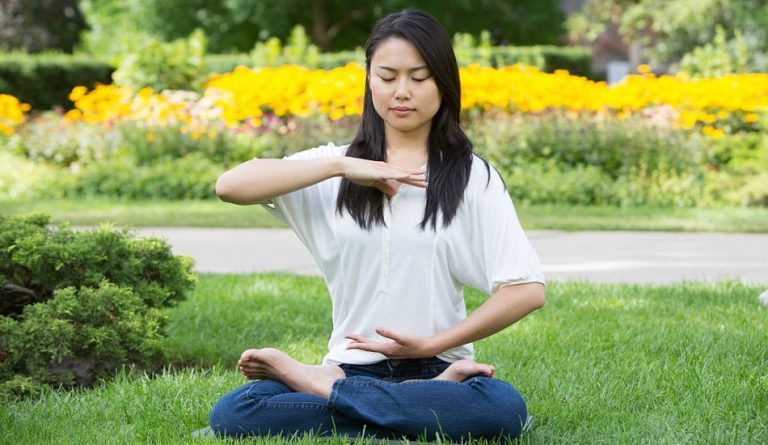 You might have read that meditation is good for you. But do you know exactly how it can help you? Several studies have shown that meditation can have a positive physical and mental effect on a person. Here is a look at five benefits you can enjoy by meditating regularly.

A study looked at the brains of Tibetan monks who had around 15 years of meditation experience. Researchers used an EEG to measure their brain activity. The results were then compared to local Tibetans who have never meditated.

The researchers found that long-term meditation reduces activity in the brain network in regions like the posterior cingulate cortex and medial prefrontal cortex. The monks who have been meditating for the longest time were found to have the biggest reduction in network activity.

“It seems the longer you do meditation, the better your brain will be at self-regulation… You don’t have to consume as much energy at rest and you can more easily get yourself into a more relaxed state,” a researcher said, as reported by Brain Facts.

The researchers noted that people can optimize how their brain uses its resources once they start meditating regularly.

Some doctors recommend meditation as part of a patient’s pain management program. A recent study of 6,400 people discovered that meditation eased the pain in people who were suffering from acute, chronic, or post-surgical pain.

Now, this doesn’t mean that the pain will go away completely. The pain will definitely be there. But meditation will allow you to cope with it better.

If you have trouble concentrating on your tasks, meditation might just be the perfect remedy for your problem. In 2016, researchers from Carnegie Mellon University studied 35 unemployed people looking for jobs.

Brain scans of the participants showed that those who meditated had higher connectivity in parts of the brain that regulate concentration. A 2011 Harvard study looked at the brain scans of 17 people before and after they participated in a meditation program that ran for 8 weeks.

It was found that the subjects had a higher grey matter in regions of the brain that are associated with memory, emotional regulation, and learning.

A long-term study of a Buddhist monk has shown that meditation has the power to delay the aging of the brain. The study was conducted over a period of 18 years. The first time the monk’s brain was scanned was when he was 27 years old and had already been meditating for nine years.

The last time he was scanned was when he was 41 years old. However, the scientists found that the age of the brain was only 33, a full 8 years younger than his real age. If such effects accumulate over a period of time, the total benefit to human health from meditation would be enormous.

Stress is a big factor in modern life. Regular meditation has been found to be highly effective in reducing stress.

Repetition of mantras while meditating can calm the mind. When you concentrate on such mantras, you will be able to move the focus away from negative, stressful thoughts. Mindfulness meditation has the ability to reduce the level of stress hormones called cortisol.