A Monk Who Reincarnated Into His Friend’s Family After Death 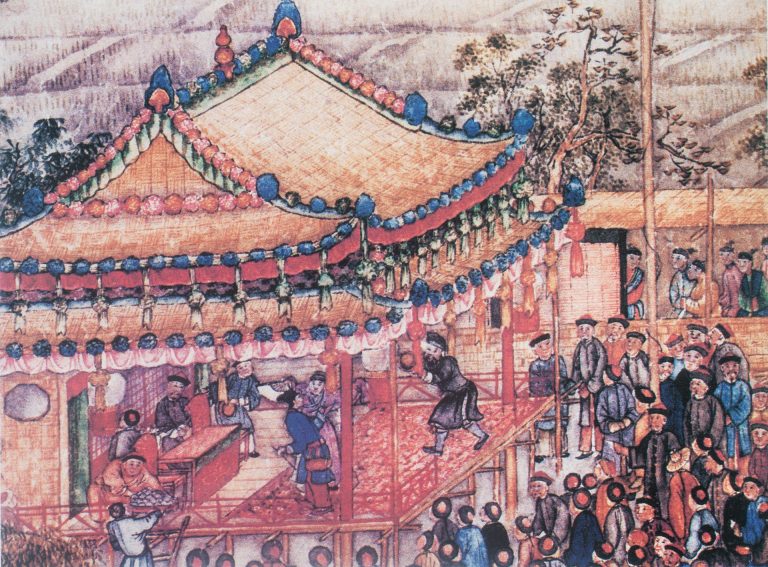 Kunqu Opera is one of the oldest forms of Chinese opera. (Image: via Wikimedia Commons)

This is the story of a monk’s reincarnation. Kunqu Opera is one of the oldest forms of Chinese opera. It evolved from the local melody of Kunshan and subsequently came to dominate Chinese theater from the 16th to the 18th centuries.

Wang Ji, a Kunqu Opera writer in the Ming Dynasty, is also known as Wang Yuzhou by later generations. He was once a local magistrate in Heng Prefecture, Guangxi Province. His play Interlocked Rings, based on the legend of Diao Chan in the Romance of the Three Kingdoms, is still a well-known repertoire on the Kunqu stage.

Wang Ji made outstanding contributions to the development of the Kunqu Opera and has been called the “ancestor and master of the Chinese opera,” as he did much to contribute to its development. Here is a legend about Wang Ji.

Wang Ji’s father, Wang Ying, was a wealthy man, but he was stingy by nature. Next to Wang’s house was a market near a river. There was a bridge over the river that was in disrepair and no one could use it. This made things very inconvenient for villagers to travel.

One day, an old monk came to the door hoping that Wang Ying would donate money to repair the bridge. Wang scolded him angrily and wanted to drive him away. The monk still earnestly asked him to give money. Wang said to him: “You can go to the market to raise funds in my name!” However, he insisted on asking Wang to accomplish this charitable work alone.

The monk convinced Wang Ying to donate money for the bridge

The monk’s sincere attitude finally moved Wang, so he agreed to donate a hundred taels of silver to rebuild the bridge. At the same time, Wang built a pavilion-style house beside the bridge for the monk to live in. Seeing that he had a difficult life, but always strictly abided by the precepts, Wang admired him very much. Gradually, the two became friends.

Ten years later, Wang’s wife became pregnant. On the night before she was about to give birth, Wang dreamed that the monk staggered into his wife’s boudoir, and in his dream he suddenly became furious. After he woke up, he heard the cry of a newborn baby from his wife’s room, and the servant came to report that his wife had given birth to a son and the whole family was thrilled.

Early the next morning, a servant came to report that the monk had passed away while sitting in meditation. Wang Ying was surprised and realized that the monk had reincarnated as his son. He also came to understand that he could have offspring because he took the monk’s advice, such as doing good deeds, building bridges, and helping others, and was grateful to the monk and named his son Wang Ji in honor of him.

Wang Ji was kind and helpful throughout his life, making many charitable donations. The Bailian Pagoda, built in the Northern Song Dynasty and destroyed at the end of the Yuan Dynasty, was rebuilt by him. There is still a saying in Wuzhen today honoring the philanthropist Wang Ji: “One Taoist temple, two pagodas, nine temples, and thirteen nunneries.” The Bailian Pagoda is one of the two pagodas.