Movie Review: ‘The Agony and The Ecstasy’ 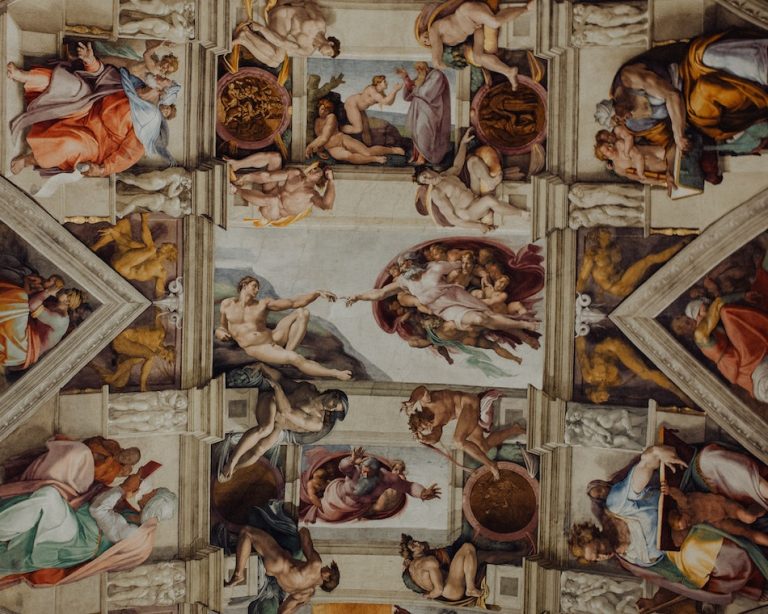 'The Agony and the Ecstasy' is a film about the painting of the Sistine Chapel. (Image: Calvin Craig via Unsplash)

The Agony and The Ecstasy is a 1965 film directed by Carol Reed. Starring actor Charlton Heston in the lead role, the movie portrays the conflict between renaissance painter Michelangelo (played by Heston) and Pope Julius II during the period the artist was engaged in painting the Sistine Chapel.

The plot of ‘The Agony and the Ecstasy’

The Agony and The Ecstasy starts off with Michelangelo working on some sculptures near St. Peter’s Basilica. Pope Julius II instructs him to paint the Sistine Chapel, an invitation that Michelangelo refuses since he finds the task uninspiring. However, he is forced to take up the job and ends up being dissatisfied with what he has created. Michelangelo flees to the mountains where he is inspired by nature and gets an idea of how to paint the Sistine Chapel.

He starts working nonstop to paint the entire vault of the Chapel with numerous biblical scenes. After several years, Michelangelo collapses due to fatigue. Contessina de’ Medici, the daughter of one of his friends, nurses him back to health. Since the Papal States are threatened with war during this time, the Pope terminates the contract with Michelangelo, leaving the artwork at the Sistine Chapel incomplete. Encouraged by artist Raphael, Michelangelo meets with an injured Pope and requests him to reinstate the commission. Moved by Michelangelo’s words, the Pope raises money for completing the work.

One night, Michelangelo sees the Pope looking at The Creation of Adam painting on the vault that depicts God. The Pope declares a proof of faith and soon collapses, becoming bedridden. Even though everyone close to the Pope believes that he will soon die, Michelangelo encourages the Pope to find his will to live. Soon, the artwork at the Chapel is finished and a Mass is held. Michelangelo requests the Pope to allow him to carve his tomb, something that the Pope allows him to do. Standing together, the two men look at the vault of the Sistine Chapel, admiring the artwork. Pope Julius II walks off and Michelangelo is left alone, looking at the space where he would soon paint the famous Last Judgment.

The Agony and the Ecstasy has a run time of 138 minutes. There is an 11-minute documentary at the start that gives a short synopsis of Michelangelo’s life. For people who do not have much of an idea about Michelangelo, this section will prove to be educational. As far as characters are concerned, everyone does a good job. The interaction between Michelangelo and Pope Julius is something to watch out for.

During the mountain scene, The Agony and the Ecstasy briefly explores the role of how nature inspires artists. When Michelangelo reaches the top of a mountain and sees the face of God and Adam in the cloud, he instantly gets the idea for The Creation of Adam. The film also showcases how singularly dedicated Michelangelo was to his craft. When Contessina de’ Medici inquires as to whether he has any affection towards women, Michelangelo simply answers “No” while sketching a figure. The Pope says in the movie that: “What runs in Michelangelo’s veins is not blood; it’s paint.”

If you want to watch a movie that depicts the life of a renaissance artist or specifically the life of Michelangelo, The Agony and The Ecstasy is something that you should definitely check out. Even if you are a casual movie watcher looking for something engaging, give The Agony and the Ecstasy a try and you will likely find it to be well worth your time. The movie is rated 7.2/10 on IMDB and has a critics rating of 86 percent at rottentomatoes.com.