The Health Benefits of Dong Quai, AKA ‘Female Ginseng’ 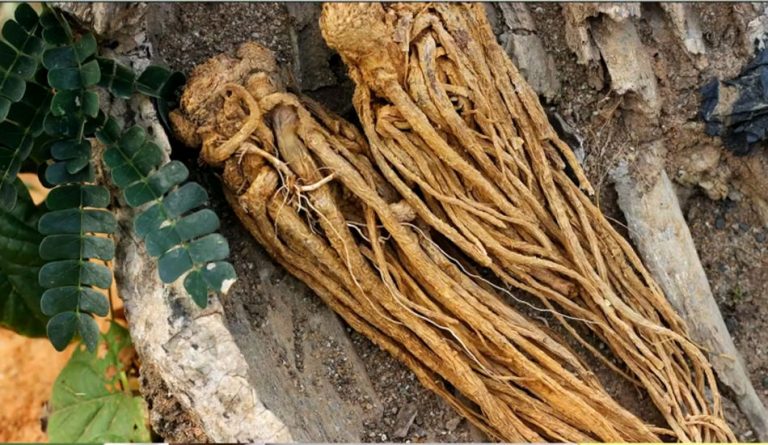 Dong quai, also known as ‘female ginseng,’ is a medicinal herb that is commonly used in traditional Chinese medicine. (Image: Screenshot via YouTube)

Dong quai is a medicinal herb that is commonly used in traditional Chinese medicine (TCM). The plant can be found in high altitude regions throughout the Far East. The name dong quai means “return to health” in the Chinese language and is an indication of the rejuvenating ability of the herb. Also known as “female ginseng,” there is an interesting legend as to how it got its name.

The myth behind the name

A newly married young man once decided to move away from his home. The men in the village had questioned his masculinity. To show them that he was manly enough, the young man wanted to go into the mountain wilderness and live there alone for some time. He instructed his wife to remarry should he not return after three years since he could very well be dead by then.

Three years passed, but the young man never returned home. Heartbroken and lonely, the wife decided to remarry according to her husband’s instruction. But soon after her second marriage, the young man returned. Filled with regret and remorse, she fell ill. Fortunately, the young man had an unknown plant with him that he had collected from the mountains. A medicine was made with it and his wife was restored to health. From that day on, the herb is believed to have been called dong quai.

Dong quai has been used in China to treat various health issues affecting women, including menopausal symptoms, irregular menstruation, and lack of fertility. Despite its long usage, its effects have baffled many scientists due to how random they seem to be.

“Its effects suggest that it influences estrogen, but scientists have been unable to prove significant estrogenic effects. It has been shown to stimulate the uterus, but it has also been shown to relax it, depending on how it’s prepared. In animal studies, dong quai’s success at fixing menstrual problems is a mixed bag: Some trials show an effect, while in others it performs no better than a placebo,” according to The Epoch Times.

Dong quai is one of the main ingredients of a medication called Xiao Yao, a powder that is used in China to relieve stress. Xiao Yao basically means to wander freely and move without impediments. In ancient times, it was the Daoist practitioners who lived near dong quai’s natural habitat that popularized the herb’s ability to help a person discover emotional balance. It  has also been known to help deal with problems like inflammation, high blood pressure, fatigue, and headaches.

In a study published in 2004, it was found that a medicinal preparation that consisted of dong quai and chamomile eased hot flashes experienced by menopausal women. A test-tube study that combined dong quai with Sophora extract discovered that the medication decreased levels of various inflammatory markers. A study from 2018 found that a polysaccharide extracted from the roots of dong quai had the ability to reverse oxidative stress often linked with osteoarthritis.

Despite these benefits, dong quai is not without side effects and must be carefully used. Women who are pregnant should avoid consuming this herb as it can have a stimulating effect on the uterus, thus putting them at risk of miscarriage. If you take high doses of dong quai, it can lead to rashes, skin inflammation, and photosensitivity. Since there is no general consensus as to what an acceptable dose is, it is better to consult a doctor before you use dong quai.