Whale Myths From Around the World 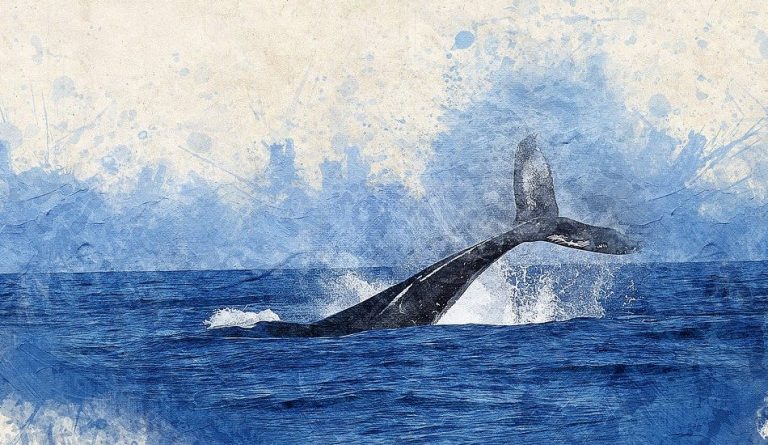 Civilizations all across the world have myths and legends about whales. (Image: furuno via Pixabay)

Whales are some of the biggest creatures on the planet. Throughout the course of human history, various civilizations have come into contact with these majestic animals, with some believing them to be an overwhelmingly dangerous entity while others have simply seen them as a symbol of might and benevolence. Here are some interesting whale myths from all across the world.

In Native American culture, the Orca, or killer whale, symbolizes harmony, romance, and family. The creature is believed to protect people who travel far away and lead them back home. Dubbed the “Lord of the Ocean,” the Native Americans used to consider seals to be Orca slaves and saw dolphins as their warrior protectors. A popular legend among the Tinglit people of Canada is that of a man called Natsilane.

Natsilane was destined to be the next chief of the tribe. Jealous of Natsilane, his brothers took him out into the ocean for hunting. Natsilane speared a sea lion but did not kill it. When he looked for his brothers, Natsilane realized that they left him stranded on an island. The next day, Natsilane met the chief of the sea lions. The chief asked Natsilane to help the speared sea lion, which happened to be his son. Natsilane complied and removed the spear. In return, the chief taught him skills and brought him back home.

When he arrived at the village, Natsilane learned that his brothers were out hunting in the ocean. He carved a killer whale from cedar wood and gave it life through a spirit song. Natsilane asked the killer whale to kill his brothers, which the whale obediently did. When the whale returned, Natsilane instructed it to never kill a human being again and asked that it save any person found stranded in the water.

In ancient China, people used to believe that a whale-like creature called Yu Kiang ruled the ocean. The animal was said to be thousands of feet in length and is described as having human hands and feet. It was believed that when Yu Kiang was angry, it would transform into a huge, mighty bird and bring about massive storms in the ocean.

Aboriginal people residing along the Australian coast have deep ties with whales. “Rock engravings, stories and totems tell us grand stories of whales in Australia. The whale is the totem of the Darkinjung People of the Central Coast of NSW. Beached whales would provide meat and tools for the Aboriginal people,” according to Majestic Whale Encounters.

In New Zealand, a Maori tribe believes in the legend of Paikea, a young man who was the favorite of the tribe’s chief. When Paikea was given a higher rank in the tribe, a jealous older brother by the name of Ruatapu hatched a plot to kill him together with his other brothers. Ruatapu built a canoe that had a hole that he could plug with his feet when required. He invited all his brothers to go on a fishing trip. When they got far out on the ocean, Ruatapu unplugged the hole. He then swam to each of his brothers and drowned them.

When Ruatapu came to Paikea and attempted to drown him, Paikea sang a song that summoned a humpback whale. Paikea got atop the whale and got back to the land safely. He remained the only survivor of Ruatapu’s evil plot. In some Maori tribes, whales are believed to be a sign that the tribe should settle in a particular place. In Maori cosmology, whales are seen as a direct descendant of the god of oceans, Tangaroa.

A story from East Africa talks about a king named Sulemani and his encounter with a hungry whale. Sulemani grew lots of crops to feed the people and animals living on his land. One day, the king asked God to give him the strength to feed the entire world. Unhappy with his request, God resurrected a huge creature from the water, which is believed to be a whale. It went to Sulemani’s land and ate all the crops.

The creature then demanded that the King offer it more food since it was still hungry. Surprised, Sulemani asked whether there were any more of his kind. The whale replied that he came from a tribe of 70,000 creatures. Sulemani realized that God had sent the creature to teach him a lesson — that it was not his place to feed all living beings in the world.