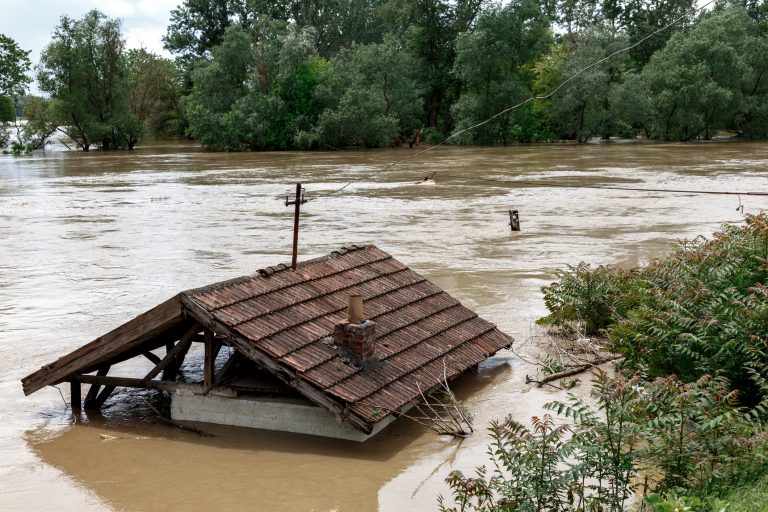 The floods have affected millions of people. (Image: Rakonjac Srdjan via Dreamstime)

The flood situation in China is ongoing. The Yellow River reached its most massive surge in 22 years in Shandong Province on August 21. The weather forecast showed that there would be heavy rain or rainstorms in the coming days, so there may be another flash flood disaster.

The Yellow River Shandong Bureau confirmed on August 23 that a massive body of water had entered Shandong. At 2 p.m. on August 22, the Gaocun Station flow monitor on the Yellow River watershed in Shandong Province exceeded 4,000 cubic meters per second. According to the hydrology report, a broad flow peak occurred at the Aishan Hydrological Station on August 23.

As of 8 a.m. on the same day, the Gaocun Hydrological Station flow reached 4,330 cubic meters per second. The water level of Dongping Lake in the important flood detention area of the lower Yellow River watershed was 42.02 meters, which exceeded the high warning level by 0.3 meters. In response, local authorities in Shandong Province demolished some 54 floating bridges spanning the Yellow River.

It is worth mentioning that the impact of the rainfall in the upper and middle reaches of the Yellow River watershed, and the Yellow River Tongguan Station had a peak flow rate of 6,300 cubic meters per second on August 21, the largest volume recorded since 1998.

At the moment, the local area is still waiting for the flood peak to pass. However, the China Meteorological Administration forecasted that the combined influence of cold and warm air will cause 20 to 50 mm of heavy rainfall in the coming weeks. Seven provinces and cities, including Beijing, Sichuan, Chongqing, Guizhou, and Yunnan, will experience heavy rains, which will make the flooding worse.

The deputy commander-in-chief of China’s Ministry of National Defense and the Ministry of Water Resources and other relevant ministries held a meeting on August 22. The panel stated that the current water level in the Three Gorges Reservoir and parts of the mainstream of the middle and lower reaches of the Yangtze River was still high. They also reported that the upper and middle reaches of the Yellow River retained a large amount of water and the latest round of heavy rainfall covered a wide area. Thus, populations all along the Yellow River watershed are warned to pay close attention to local weather forecasts and reservoir safety reports.