A Pear Story Reveals the Wisdom of Life 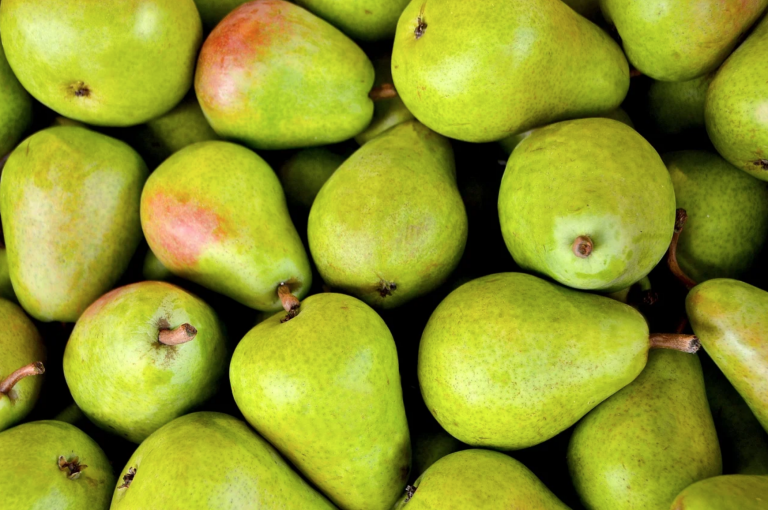 At the end of the Qing Dynasty, a pear paste sugar shop in the Zhabei District of Shanghai was very prosperous. (Image: Pixabay / CC0 1.0)

At the end of the Qing Dynasty, a pear paste sugar shop in the Zhabei District of Shanghai was very prosperous. A plaque with characters “The Heavens know” hung at the door. Here is the story of how that came to be.

Opposite the pear paste shop was a fruit store owned by a family surnamed Yu. In the eighth year of Guangxu, Yu purchased 50 baskets of pears from Laiyang, Shandong. Due to the time it took for the long-distance transportation from Shandong, the pear skins broke, and the fruit began to rot before it arrived at the destination. No matter how Yu dried the rotten pears in the sun and peeled them, nobody wanted to buy any.

There was a small shop on the opposite side of the road, which was home to a husband and wife. They had nothing to eat. Seeing that Yu had thrown away so many rotten pears, the couple picked them up, peeled them, and dug out the rotten parts. The fruit was tasty so, the couple sliced the good parts of the pears into small pieces and sold them for five chunks per coin. The business started to go well.

Afterward, the couple went to Yu’s fruit store to buy all the rotten pears. Yu thought that the rotten pears were worthless. Now there was a place to sell them cheaply. After cutting the pears up, the couple put them in a big water jar as a way to preserve the huge amounts by pickling them with sugar. By doing so, they became more delicious and sold better when being made available at the market. Later, the couple bought rotten pears everywhere, peeled them, put them in a pot, and boiled them to make pear juice and pear jelly candy.

There were no pears to eat in spring, and people wanted to eat pear jelly candy, which suddenly became a favorite product in the south. In the second year, an imperial court envoy visited the Zhabei District of Shanghai. He bought the pear paste candy, which was sweet and sour and delicious, and took it back to Beijing to offer to the Empress Dowager Cixi.

Empress Dowager Cixi had a cough and felt that the pear paste was tasty and soothing after she ate it, so she ordered the couple to send it as a tribute. By this time, the couple had a big business and officially opened a pear paste sugar shop. After making inquiries, Yu finally knew that those pear paste candies came from rotten pears. He was jealous, but also afraid of offending the emperor.

One night, Yu wrote on a piece of paper the words “The Heavens know” and posted it on the couple’s pear shop door. The next day, the couple were stunned when reading the words and knew that someone was making trouble.

The husband laughed and said: “I thought that I should have some store sign characters. Today someone delivered these characters to the door. It was great. The emperor who represents the Heavens has even eaten my pear jelly candy. The store should be called ‘The Heavens know.’ I will use these words as my store’s sign!” He made a huge sign, and the people who came to see it were told that the emperor and the queen mother loved to eat their pear jelly candy. As a result, the business became even more successful.

Yu failed to curse the couple, but instead made the pear-paste shop’s business more prosperous, and the words were used by others, making him even angrier. He drew a tortoise, with the head in its belly, on the pear paste shop wall and wrote “Shameless.”

The next day, the couple was taken aback, and then they said simultaneously: “Let’s use the tortoise as a trademark.” Pear paste candy can relieve coughs and prolong life, and turtles can live longer. Since then, this trademark become famous in Shanghai.

Yu, the fruit store owner, was undoubtedly a smart-minded person with various methods but lacked foresight and open-mindedness. He would break life’s principles by using unethical means for petty gain, and eventually, he ruined his creative ideas and was defeated.

The pear-paste store couple had great wisdom. No matter how bad or provocative the fruit shop owner was toward them, they remained unmoved and kept a generous and kind heart.