Does Physics Accept the Possibility of Time Travel? 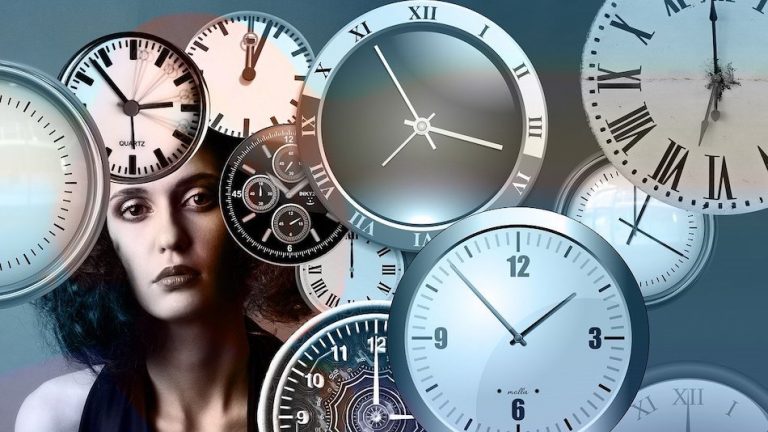 The idea of time travel has always fascinated people. (Image: via pixabay / CC0 1.0)

Time travel has always fascinated people. The idea that you can travel to the future to know what will happen or back to the past and influence the present is something that definitely piques interest. However, is time travel really possible according to physics? Theoretically, it does seem so.

Just so you know, you are actually traveling through time right now. Yep, every single second you are alive, you have moved forward in time. However, when we talk about time travel, we are thinking of something else entirely, like going 50 years into the future. Einstein’s Special Theory of Relativity says that such time travel is possible provided you can trade motion in space for motion in time. When you are standing still, you are moving through time at a specific speed, which is basically the speed of light (186,000 miles per second). Now, things change when you speed up your movements.

“As soon as you start moving through space… you slow down your rate of moving through time. In other words, the faster you move in space, the slower you move in time. This means that moving objects, like a clock on a rocket, run a little bit slow. One second for someone in a moving spaceship lasts a little bit longer than a second for someone staying still,” according to Phys. However, to make any significant time jump, you need to travel at the speed of light, which, according to many experts, might just be impossible. Even the fastest human aircraft that we now have does not reach a tenth of a percent of the speed of light.

There have been several experiments to confirm this theory of time travel. In one experiment, two clocks were set to the exact same time. One of the clocks stayed on Earth while the other was aboard a plane that traveled around the world. After the plane landed, scientists compared the two clocks and found that the clock on the plane was slightly behind in time when compared to the clock that stayed on the ground unmoved. This means that the clock on the plane traveled through time slower than 1 second per second!

The GPS satellites above Earth also travel through time. Since these satellites are located around 12,550 miles above the Earth and orbit the planet at a speed of 8,700 miles per hour, the combined effect makes the clocks on these satellites run slightly faster than 1 second per second.

There are several movies and TV shows that explore the idea of time travel in pretty interesting ways that stimulate our minds and make us question many things. If you are a time travel enthusiast, here are some unique movies/shows you should consider watching.

Directed by Christopher Nolan, the movie was released in 2014 and goes deep into subjects like space travel, wormholes, black holes, life on other planets, and so on. But the most exciting aspect of the movie is its depiction of time as a physical medium that you can influence by interacting with it. In fact, the main character actually communicates with his daughter’s past through a kind of physical time-memory bank.

This German show ran three seasons on Netflix. Many people consider it the pinnacle of time travel entertainment. The show covers the lives of numerous closely linked characters through various times and universes. As you watch episode after episode, your mind will be exploring the complexity of time and the consequence of the choices made at different points in time.