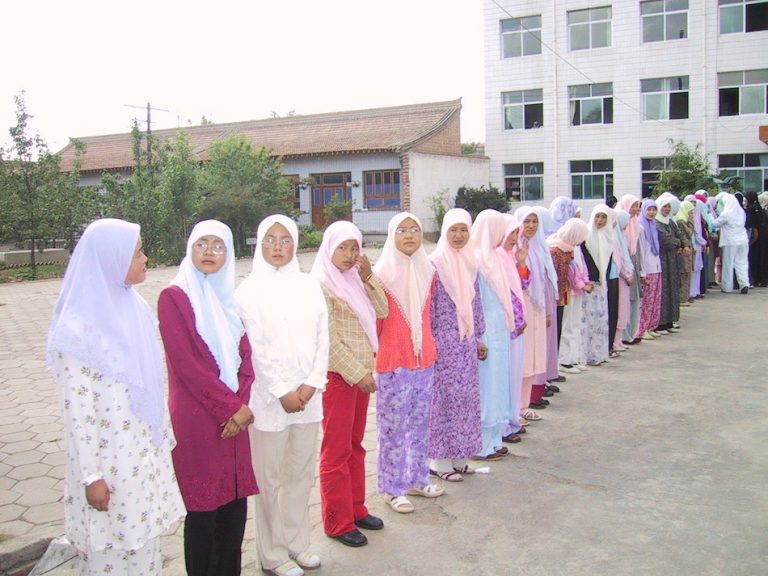 A Chinese video ad has invited Uyghur brides for Han men. (Image: Omar A. via Flickr)

A video advert seeking 100 Uyghur brides for “urgent” marriage to Han Chinese has raised a storm online, with rights activists accusing Beijing of trying to racially sinicize the community. The ad initially appeared on the Chinese version of TikTok, Douyin, but was later deleted after immense online opposition by Uyghur people living abroad.

In the video, the narrator can be heard thanking the government and the CCP for creating “this beautiful life.” China expert Darren Byler believes that the marriage campaign displays a racialized gender power dynamic. He points out that these intermarriages have turned out to be a top priority for Xinjiang officials. Even though such intermarriages diminish ethnic differences, it does pull Uyghurs into relationships that are dominated by Han men.

Hu Xijin, editor in chief of Global Times, stated on Twitter that the marriage advert for 100 Uyghur women “must be fake” and alleged that it was propaganda aimed at inciting Western hatred for China. The promotion of ethnic intermarriages is not a new policy for Beijing. In 2010, the Chinese government announced similar measures in Tibet. Such policies are based on the “ethnic binding theory” developed at Tsinghua University in the early 2000s. The theory basically advocates intermarriage, co-residence, and mixed-ethnic schooling as a means to create a unified Chinese identity.

In January, an official from Xinjiang accused religious extremism for the lack of unity behind Uyghurs and Hans, while remarking that Xinjiang had the lowest rate of inter-ethnic marriage among various minorities. The official argued that this low rate of Uyghur-Han intermarriage was due to the proliferation of religious extremism. Back in 2014, Cherchen county in Xinjiang announced a program called “Incentive Measures Encouraging Uighur-Chinese Intermarriage,” which awarded intermarried couples a cash reward of 10,000 yuan (US$1,450) per annum for a period of five years. The couples, their offspring, and their parents would also enjoy preferential treatment when it comes to housing, education, employment, and so on.

“Our advocacy of intermarriage is promoting positive energy… Only by promoting the establishment of a social structure and community environment in which all ethnic groups are embedded in each other … can we boost the great unity, ethnic fusion, and development of all ethnic groups in Xinjiang, and finally realize our China dream of the great rejuvenation of our Chinese nation,” the CCP secretary of Cherchen County Zhu Xin said while introducing the incentive measures, according to VOA News.

The Trump administration is apparently looking into categorizing Beijing’s persecution of Uyghur minorities as genocide. The National Security Council, the State Department, and the Department of Homeland Security are assessing the classification seriously, debating whether to move ahead with it or not since the decision will have major consequences on China-U.S. ties. John Ullyot, an NSC spokesman, argued that CCP has committed the largest incarceration of an ethnic minority since the Second World War.

If the administration decides not to use the term genocide to describe CCP’s crimes against them, it might classify the persecution as an act of “ethnic cleansing” or a “crime against humanity.” In July, the government blacklisted a Chinese company, Xinjiang Production and Construction Corps (XPCC), for its involvement in human rights abuses against minorities in Xinjiang.