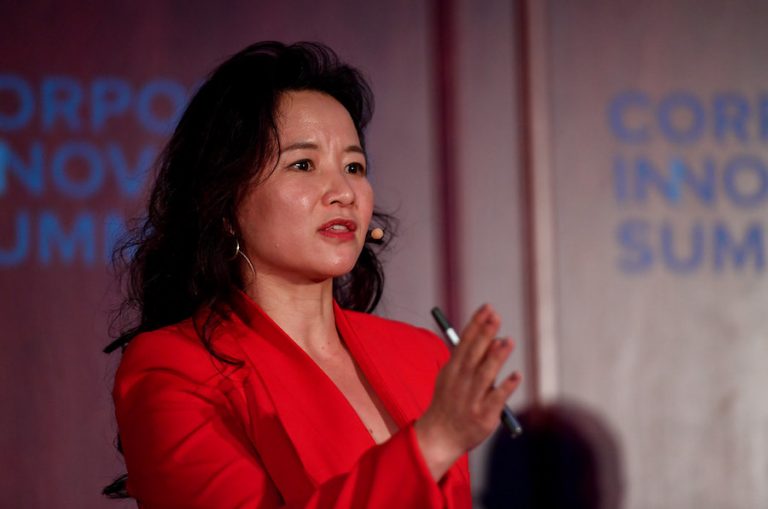 China-born Australian citizen Cheng Lei is being held in the Residential Surveillance at a Designated Location (RSDL) system somewhere in China. (Image: Web Summit is licensed under CC BY 2.0)

Mid-last month, business journalist Cheng Lei, 45, vanished from her usual place on television state-run CGTN (China Global Television Network). It wasn’t until August 31 that the Australian government revealed that she is being held under “residential surveillance” in an unknown location, reported the BBC, referring to the Residential Surveillance at a Designated Location (RSDL) system, China’s secretive jail system.

Safeguard Defenders, a Spain-based NGO, said that Cheng is the latest victim of Beijing’s “hostage diplomacy,” where those held end up in China’s secretive jail system.

“The RSDL is a custodial system that places the victim without access to any legal help at a secret facility for up to six months without charge. It was the same system used to initially detain the two Canadian Michaels and another Australian citizen, writer Yang Hengjun, in the past two years,” Safeguard Defenders said in a statement.

“There’s no information as to why she is being held, but Australia-China relations have soured in recent years, with Australia calling for an international inquiry into the origins of the coronavirus pandemic and most recently a decision by Canberra to enact legislation that would force local governments and institutions to get final approval for any deals with foreign governments from the foreign affairs minister,” the statement said. “This is largely seen as cracking down on deals made with China, such as Belt and Road projects and Confucius Institutes.”

Watch this report from Sky News Australia for more on the Cheng Lei case.

Peter Dahlin, the Swedish director of Safeguard Defenders, was himself subjected to 23 days in an RSDL in 2016 because of his rights work in China.

“Using RSDL, the police — or as in my case, the feared Ministry of State Security — can without any court order take anyone off the streets, place them incommunicado at secret locations outside the judicial system, and keep them there for half a year,” Dahlin wrote for Hong Kong Free Press on September 5.

“Once inside, you must, by law, be kept in solitary confinement. Many detainees remain inside a suicide-padded cell for the full six months — some without ever seeing sunlight and without the lights ever being turned off,” he wrote.

“For China’s police, it’s the ultimate weapon, and once inside there is no supervision nor any forms of appeal. It has proven equally effective against foreigners held for political reasons.”

Last month, Safeguard Defenders released a report that estimates that around 20 people a day are disappeared into the RSDL system. The group said that since 2013, up to 30,000 people have disappeared in RSDL jails.

“This feared custodial process places the victim at a secret location, in isolation, and held incommunicado for up to half a year. There is no lawyer or family access. There is virtually no oversight. Torture is common,” Safeguard Defenders said.

“Until now there has been little attention paid on this system, in part because China is so secretive about its operations,” the group said.