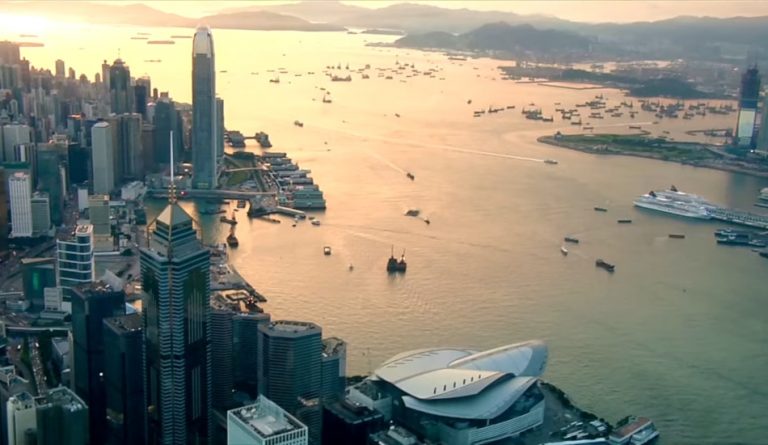 With the implementation of the National Security Law in Hong Kong, investors are now unsure as to what the future holds for the city. (Image: Screenshot / YouTube)

With the implementation of the National Security Law in Hong Kong, investors are now unsure as to what the future holds for the city. Long considered to be the financial hub of the east, Hong Kong’s takeover by the communist regime is sure to put a dent in its business status. While some investors are waiting with their fingers crossed, hoping that the city’s fortunes will remain intact, others are planning to shift their investments fearing that Hong Kong might soon end up in financial chaos.

Ever since the law came into effect, investment withdrawals have not shot up as expected. This may be attributed to the fact that investors are still waiting to see how everything turns out. The pro-Beijing camp argues that the Chinese government will bring in “stability” and ensure the prosperity of the city. However, the fact that Hong Kong has been the number one business center in China for this long despite not being strictly under communist control negates such arguments.

State-owned funds are said to have made record investments in the city’s exchanges in a bid to present Hong Kong as a place that still remains a strong investment center. Regulators have approved a program called Wealth Management Connect that aims to attract investments into the city from regions like southern China. However, all these measures will still not help as long as investors, businesses, and employees are not assured of their safety.

“China is settling into a more antagonistic relationship with the rest of the world. Hong Kong’s position won’t be eroded overnight, but without assurances that companies and staff there will enjoy strong legal protection and aren’t subject to the arbitrary treatment found on the mainland, overseas firms will over time shift their operations elsewhere,” Mark Williams, chief Asia economist at Capital Economics, said to Raconteur.

Some of the startups have begun to shift data and employees away from Hong Kong. According to a survey by the American Chamber of Commerce, almost 50 percent of American businesses in Hong Kong admitted to not feeling safe in the city anymore.

Many investors also wonder why anyone would invest in Hong Kong from now on since they might as well just take a chance and bet on Shanghai. With the uniqueness of Hong Kong gone, Shanghai and other major Chinese cities will inevitably rise up as its competitors in securing capital. Meanwhile, investors looking for a more open society might find places like Tokyo or Singapore acceptable to their interests.

Many rich investors from Hong Kong have already secured overseas passports and opened offshore accounts to move out at the first sign of trouble. According to London-based property consultancy Houzen, the number of new property buyers from Hong Kong doubled between July 1 and July 7, the first week after the implementation of the National Security Law.

Hong Kong’s GDP contracted by 9 percent during the second quarter of this year compared to the same period last year. This is the fourth consecutive quarter that the GDP has declined YoY and presents a troubling economic picture of the prosperous city. While last year, the anti-extradition bill protests affected the economy, this year has been brutal due to the coronavirus pandemic.

The National Security Law only makes the economic future of Hong Kong even bleaker. The Hong Kong government has downgraded its economic forecast for this year due to a recent flare-up of viral cases. For 2020, the economy of Hong Kong is expected to shrink by 6 percent to 8 percent.