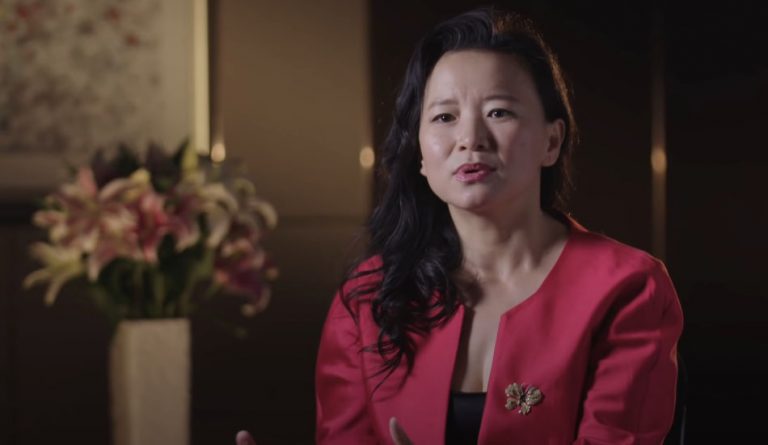 Cheng Lei is an Australian citizen who has been one of the most popular presenters on China’s state-run English news service CGTN. Tasked with delivering the “China Story” segment to international viewers, Lei also had a popular cooking show on the channel. Last month, she disappeared from the public’s eye. Australian authorities recently revealed that Lei has been detained in China and put under residential surveillance.

According to Australian officials, the reason that the 45-year-old journalist has been detained is unknown, since the Chinese government has not officially filed any charges against her. When asked about Lei’s detention, a spokeswoman for the Chinese foreign ministry said that her country would handle everything according to the “law” without mentioning anything specific. Meanwhile, Australian diplomats were recently allowed to talk to Ms. Lei through video chat.

Lei’s relatives and friends are reportedly shocked at the development. She has been a news presenter for CGTN since 2013. Lei has never made any statements against the Chinese government, the Chinese Communist Party (CCP), or any policies of the state. As such, no one is able to explain why she has been detained. The prevailing theory is Cheng Lei has been arrested by Beijing to “punish” Australia’s consistent defiance of CCP interests of late.

Canberra has been taking a strict stance against China, restricting Chinese investments, actively investigating Chinese interference in local politics, and insisting that there be an honest international investigation into the origin of COVID-19. When asked whether Lei was being used as a pawn by China to get back at Australia, the Australian foreign affairs minister rejected the suggestion. But political experts are convinced that the stress of bilateral ties has seeped into this affair.

“It’s not just about the Australian unilateral call for a Covid inquiry, although that didn’t help, but there are a range of different destabilising forces in the bilateral relationship at the moment… You’ve seen China’s use of economic coercive tactics to try to bring Australia into line, and on the other side the increasingly hardline rhetoric in the Australian debate. It all suggests that the relationship is quite fragile at the moment,” Dr. Bec Strating, the executive director of La Trobe Asia, said to The Guardian.

Another Australian national that has been detained in China under suspicious circumstances is Yang Hengjun. A writer by profession, Yang was arrested last year at the Guangzhou airport and has been in detention for about 19 months. Authorities have charged him with spying for the Australian government.

Recently, Yang was permitted to get in touch with a lawyer for the first time since his arrest. Yang has denied the charges and publicly stated that he will “never confess” to espionage allegations. In a message sent to relatives, Yang reiterates that he is innocent and will “fight to the end.” He accused Beijing of political persecution. Yang’s wife stated that she is still being kept in the dark as to what is really happening with her husband in China.

Supporters of Yang are worried about his mental health. They also fear that the pro-democracy activist might have been tortured while in prison. Authorities may have deprived Yang of sleep in a bid to force a confession. Some believe that Beijing wants to put Yang on trial as soon as possible. However, his refusal to plead guilty is causing frustration to authorities.