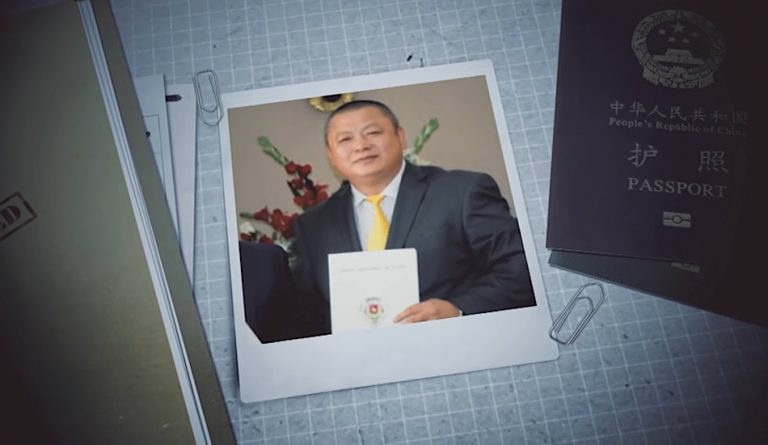 Imunexus is an Australian company that researches and develops antibodies. In 2017, the startup secured second place at a biotech competition in Shenzhen. Shortly thereafter, the company’s founder George Kopsidas was contacted by Chen who posed as the Chief Executive of a company called Prospect Time. Chen wanted to take a majority stake in Imunexus for US$10 million and told Kopsidas that he had financial backing worth hundreds of millions of dollars that could help the biotech’s products reach a wider market.

“What Brian wanted to do was to start a full-on biotech company in Australia, a pharmaceutical company… He wanted to develop products and take them into manufacturing and marketing and sale,” Kopsidas said to The Age. In addition, Chen also wanted to lease a significant portion of the Parkville CSIRO building in which Imunexus’ office and laboratory were located. Kopsidas notes that Chen actually wanted to lease an entire wing of the building. Negotiations between the two parties fell through as Kopsidas found that the terms of the deal were skewed heavily in Chen’s favor.

CSIRO is a government agency that is involved in cutting-edge scientific research. The agency is responsible for the invention of atomic absorption spectroscopy, the world’s first successful commercial polymer banknote, the introduction of several biological controls in Australia, and the development of some significant components essential in WiFi technology. Back in 2013, a data breach at CSIRO was linked to a Chinese national. Subsequently, the agency allocated millions of dollars to strengthen its cybersecurity defenses.

Alex Joske, an analyst at the Australian Strategic Policy Institute, warned that a foreign-owned company setting up a presence on CSIRO premises is risky. This would give spies access to certain sections of the CSIRO facility, making scoping work much easier. A spokesperson from CSIRO stated that the organization was not aware of Chen’s attempt to take over Imunexus and that it had safeguards in place to protect itself from threats coming from foreign entities.

Chen is also known to have offered a Melbourne luxury car dealer, Bo Zhao, a “seven-figure sum” to run for a seat in the country’s federal parliament. The incident came to light after Zhao reported Chen’s offer to the Australian Security Intelligence Organization (ASIO). Prime Minister Scott Morrison called the attempt of installing a CCP spy inside the parliament “deeply disturbing.” Unfortunately, Zhou was found dead in a motel room this March. Chen succeeded in getting out of Australia and apparently has no intention of returning.

Chinese spies are also posing a threat to Australia’s naval ambitions. The country’s defense department has revealed that foreign agents are planning to steal military secrets as well as thwart multi-billion-dollar shipbuilding projects. The foreign threats are seeking classified information regarding Australia’s current and future maritime capabilities to undermine the country and advance their own interests. Though the defense department did not name any countries, experts are of the view that China is definitely one of the “foreign threats.”

Australia is looking at building 54 warships in the next two decades, which is its biggest defense overhaul since the Second World War. The construction work is mostly taking place at the Osborne naval shipyard located outside of Adelaide. Foreign spies are said to be targeting the contractors located around the shipyard. China also opened a permanent consulate in Adelaide in 2017. At 5,600 square meters, the consulate is pretty big and has attracted suspicion that it could be used for espionage activities.