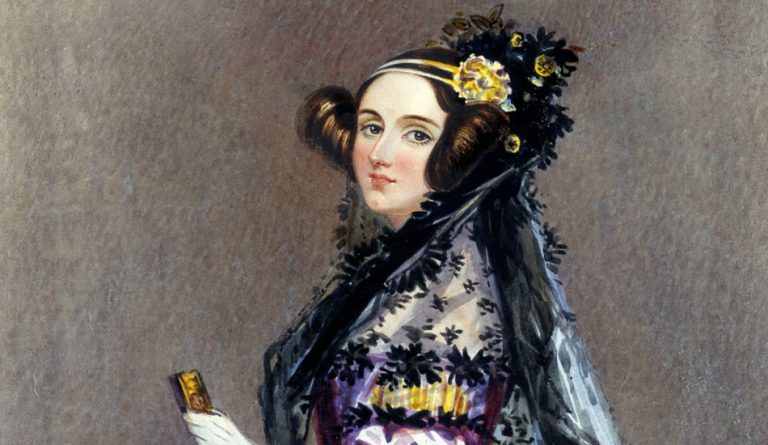 Ada Lovelace is believed to be the first person in the world to have recognized that computers could be used in applications other than pure calculations. (Image: wikimedia / CC0 1.0)

When we talk about great scientists of the world, we mostly think of men like Einstein, Stephen Hawking, Isaac Newton, and so on. However, women have made significant contributions to the development of science as well, a fact that unfortunately gets little attention. Here are four famous women who changed the world through their scientific contributions.

You might have heard of Charles Babbage, who is known as the “father of computers” for developing the concept of a digital programmable computer. But have you heard of Ada Lovelace? An English mathematician, she is believed to be the first person in the world to have recognized that the machines could be used in applications other than pure calculations and apparently published the first-ever algorithm for such a machine. Lovelace is often regarded as one of the first computer programmers. In her notes, she also explores how individuals and society will relate to technology.

A geneticist, Barbara McClintock was an American who spent almost her entire life analyzing corn. In the 1930s, she developed a technique that allowed her to examine the individual chromosomes of corn in greater detail. McClintock’s years of efforts paid off when she identified “jumping genes,” which refer to DNA sequences that move between the genome. Initially, the scientific community did not pay much attention to her findings, classifying jumping genes as junk DNA.

However, McClintock stuck to her guns and suggested that the jumping genes might even determine which genes within a cell are “switched on.” This is a critical process that creates the variations between cell types, failing which we would be nothing but a blob of matter without any shape or form. Fortunately, her persistence paid off and jumping genes were recognized as a critical discovery. McClintock was awarded the Nobel Prize in Physiology or Medicine in 1983.

Hopper was one of the first women in the U.S. to get a Ph.D. in math. During the early part of her life, Hopper was a regular teacher. After serving in the navy during the Second World War, she moved to Harvard University to study how to program the world’s first fully functional computer, Mark I. Wanting to make computing available to common people, she played a key role in the development of a computer language called COBOL that used English words as instructions rather than binary code.

Hopper became the first woman to be made a Distinguished Fellow of the British Computer Society and was also the first woman to receive the National Medal of Technology. Even though she retired twice, the U.S. Navy recalled her. As a result, Hopper worked well into the 1980s, which makes her the Navy’s oldest active-duty commissioned officer. Hopper also coined the term “debugging” that is so prevalent today among programmers. The term actually had nothing to do with computer programs and was used by Hopper when a moth that was disrupting a computer’s processing was removed.

An astronomer from Germany, she worked with her brother William to record about 2,500 star clusters and nebulae, creating the foundations of the New General Catalogue and the notation by which these celestial objects are named even today. She was also the first woman to identify a comet. During her life, Herschel discovered 8 comets, 14 nebulae, and 561 stars. However, her biggest achievement is the fact that she is the first-ever woman recorded to be paid for doing scientific work when King George III employed her as William’s assistant.