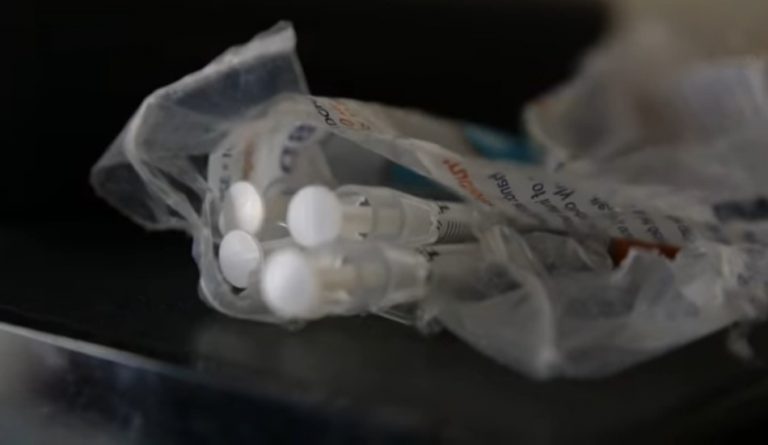 Sanctions on Zhang Taotao, a Chinese distributor of fentanyl, have been made under the Foreign Narcotics Kingpin Designation Act. (Image: Screenshot via YouTube)

The U.S. Treasury Department’s Office of Foreign Assets Control (OFAC) recently announced sanctions on Zhang Taotao, a Chinese distributor of fentanyl, who is known to be a significant global drug trafficker. Taotao is being accused of shipping large quantities of fentanyl to the U.S., a drug cheaper than heroin that can kill people even in extremely small doses. According to American officials, much of the fentanyl circulating in the country originates in China.

“Zhang has shipped synthetic opioids to the United States via multiple individuals and freight-forwarding services and used false labeling to disguise parcel contents and avoid seizure by authorities… Once a package is received in the United States, U.S.-based distributors press fentanyl into counterfeit pharmaceutical pills for further distribution and domestic consumption… The United States continues to seek cooperation with [China] to tackle this supply chain threat and calls on the [Chinese] government to accelerate efforts to regulate its chemical industry and reduce the diversion of precursors into the international black market,” the State Department said, as reported by New York Post.

In addition to Zhang, a Hong Kong-based company called Allyrise Technology Group Co., Limited has also been brought under sanctions. The company was apparently being used by Zhang as a front for financial transactions. The sanctions on Zhang and the company have been made under the Foreign Narcotics Kingpin Designation Act. The decision will freeze all assets held by Zhang and the company in the United States. American citizens and entities are also prohibited from dealing with either of them. According to the company records in Hong Kong, Allyrise is no longer operational and was dissolved in November last year after doing business for about 6 years.

Susan A. Gibson, Special Agent in Charge of the Drug Enforcement Administration’s New Jersey Division, pointed out that illicit fentanyl has been a plague in New Jersey for several years, accounting for a significant portion of the more than 9,000 overdose deaths since 2017. Gibson stated that the sanctions will go a long way in helping the DEA pursue people who traffic fentanyl and other opioids. The difficulty in regulating fentanyl exists due to the presence of a large number of variations of the drug.

After being pressured by the U.S., the Chinese government has classified all fentanyl variants as controlled substances. However, more work needs to be done in this regard and the current conflict between the two nations might complicate things. Since 2000, over 2,200 people and entities have been charged under the Kingpin Act for playing a part in global drug trafficking. Violation of the act can attract punishment of up to US$10 million in fines and 10 years in prison.

A recent study done in San Francisco reveals that a significant portion of sudden deaths that are assumed to have been caused by heart failure may have actually been triggered by a drug overdose, specifically the use of opioid drugs like fentanyl, morphine, codeine, and so on. The researchers conducted autopsies on 767 people between 2011 and 2017, all of them deemed to have died due to cardiac arrest.

However, the toxicology tests revealed that 17 percent of them had died due to a drug overdose. Though the subjects were found to have been using a wide range of drugs, the most commonly used ones were opioids. Zian Tseng, one of the researchers, pointed out that without proper post-mortem confirmation, the causes of death mentioned in the death certificates are just educated guesses. The study questions the accuracy of government health statistics.