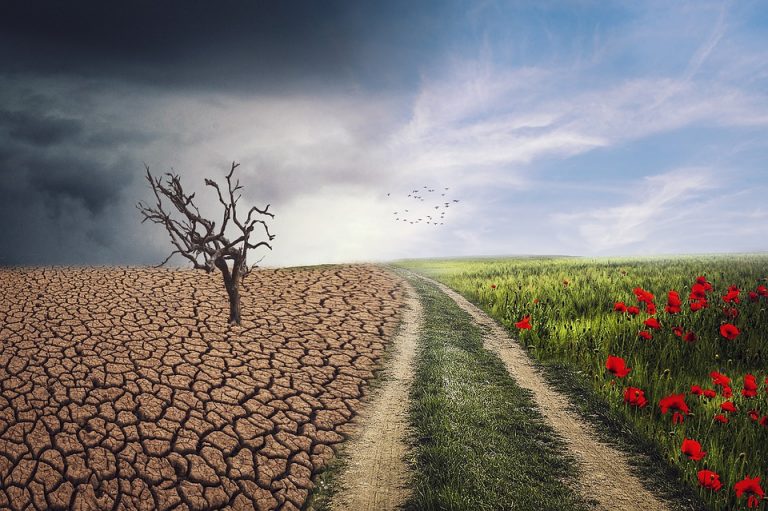 Trade winds and temperatures in the tropical Pacific Ocean experience large changes from year-to-year due to the El Niño-Southern Oscillation, affecting weather patterns across the globe. (Image: via pixabay / CC0 1.0)

Correctly simulating ocean current variations hundreds of feet below the ocean surface — the so-called Pacific Equatorial Undercurrent — during El Niño events is key in reducing the uncertainty of predictions of future warming in the eastern tropical Pacific. That was revealed in a new study led by University of Hawai’i at Mānoa researchers and published in Nature Communications.

In Hawaiʻi, during El Niño there is usually less winter rainfall, larger surf on the north shore, and a higher chance for tropical cyclones threatening the islands. During La Niña, we typically see the reversed pattern for Hawaiʻi. These natural climate swings affect ecosystems, fisheries, agriculture, and many other aspects of human society. Computer models that are used for projecting future climates correctly predict global warming due to increasing greenhouse gas emissions, as well as short-term year-to-year natural climate variations associated with El Niño and La Niña. Malte Stuecker, the co-author and assistant professor in the Department of Oceanography and International Pacific Research Center at UH Mānoa’s School of Ocean and Earth Science and Technology, said:

“There is, however, some model discrepancy on how much the tropical Pacific will warm.”

Researchers have been working for decades to reduce the persistent model uncertainties in tropical Pacific warming projections. Many climate models simulate El Niño and La Niña events of similar intensity. In nature, however, the warming associated with El Niño events tends to be stronger than the cooling associated with La Niña. In other words, while in most models El Niño and La Niña are symmetric, they are asymmetric in nature.

Fei-Fei Jin, co-author and a professor in the Department of Atmospheric Sciences at UH Mānoa, added:

“Correctly simulating El Niño and La Niña is crucial for projecting climate change in the tropics and beyond. More research needs to be conducted to reduce the biases in the interactions between wind and ocean so that climate models can generate El Niño-La Niña asymmetry realistically.”