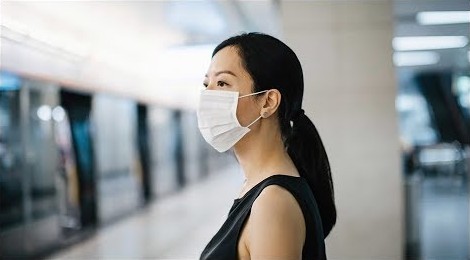 The government of Taiwan has busted the operations of some face mask manufacturers who were passing off face masks from China as locally produced high-quality masks. (Image: Screenshot via YouTube)

The government of Taiwan has busted the operations of some face mask manufacturers who were passing off face masks from China as locally produced high-quality masks. Millions of such falsely packaged face masks have been prevented from entering the market by authorities.

The Food and Drug Administration (FDA) department ordered face mask manufacturer Carry Mask to stop its operations after discovering that the company had imported more than 3 million non-medical masks from China last month. These were being sold off as government-rationed face masks. Carry Mask is a member of the government-backed National Face Mask Team, a group of private manufacturers contracted by the state to produce masks and mask-making machines.

The false packaging came to government attention after a pharmacist noticed that one of the mask shipments from Carry Mask contained a package labeled as “Made in Anhui.” Anhui is a province in China. The pharmacist immediately reported his discovery to the New Taipei Pharmacists Association, which in turn contacted the FDA. The FDA sent an investigative team to look into the situation and eventually found out that 3.37 million masks were imported from China. “Evidence found at the factory included customs declarations, quantities of the Chinese masks labeled as non-medical grade and for one-time use, and packages of the same masks on which the Carry Mask logo had already been embossed,” according to Focus Taiwan.

The FDA immediately halted Carry Mask’s operations and traced the clinics and pharmacies that had procured masks from the company. The government announced that any citizen who has bought masks with the brand name “Carry Masks” can return them

to the nearest vendor linked to the National Health Insurance (NHI) system. The owner of the company, Lin Ming-chin, attacked the government action and insisted that the masks imported from China are of a high grade. He also stated that it was a shame to be a part of the National Face Mask Team since it forced his company’s employees to work too much without sufficient rest. Health Minister Chen Shih-chung rubbished Lin’s statements and revealed that Carry Mask had been caught in March trying to pass off Chinese imported masks as Made in Taiwan. The company was fined for this violation. However, the government had not made this matter public knowledge. Another 830,000 Chinese-made masks were also captured by the authorities recently. The manufacturers were selling them as products made in Taiwan. The importers of the mask included several members of the National Face Mask Team.

Ever since COVID-19 broke out, Taiwan has not only been manufacturing masks for its own citizens, but it has donated masks to other nations as well. Until now, Taiwan is said to have donated more than 51 million masks to over 80 countries worldwide. Among the recipients were the U.S. and Europe, which received 10 million masks in April. In the month of May, 7 million masks were donated to countries in the Middle East and Africa.

The Taiwanese government started requisitioning local face mask production starting on January 31. By February 6, the administration had launched a national mask rationing program. These efforts are believed to have supercharged the country’s face mask manufacturers, pushing production up from 1.88 million units per day to 20 million masks per day. A spokeswoman for the Taiwanese foreign affairs ministry commented that her country’s face mask donations come with no strings attached and this is merely an obligation it is fulfilling to the international community.