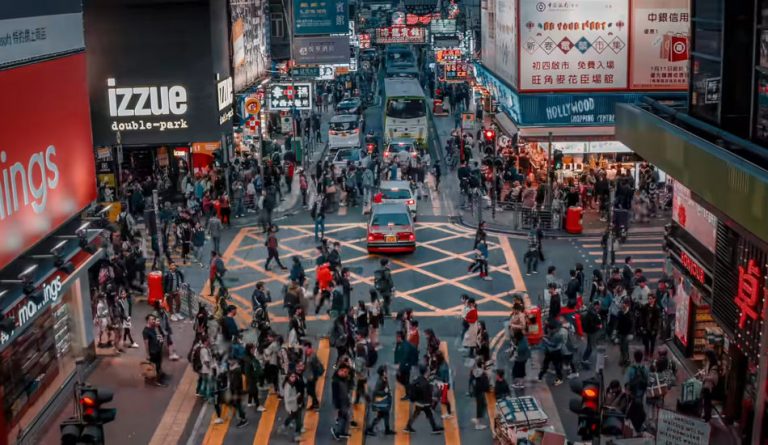 A young, educated ‘Hong Kong drifter’ born in mainland China describes the contrast between life in Hong Kong and the mainland. (Image: Screenshot via YouTube)

William Guo, born in Beijing in the late 1980s, is a Hong Kong drifter, one of a group of young, educated people from mainland China who live and work in Hong Kong. He once worked for the Alibaba Group and also served as a senior engineer for a Hong Kong IT company for many years.

In an interview with the media, Guo mentioned that his peers were worried about the implementation of digital currency tests by China’s four large state-owned banks in Shenzhen and other cities. When the issue first came up, there were a lot of negative opinions on the Internet in China, but these voices soon “became harmonious.”

To “become harmonious” is a buzzword on the Internet in China that means published content that differs from the position of the Chinese Communist Party (CCP) is forcibly deleted, as people are prohibited from speaking against the regime. Guo said: “I don’t want to become harmonious again.”

Guo said: “As the CCP strictly controls the Internet, any opinions different from those of the Party Central Committee will disappear after ten minutes.”

The current situation in China is far more terrible than people can imagine. He said: “Like the Nine Commentaries on the Communist Party, I thought it was a descriptive language when I read it before. But recently, I have different ideas. The CCP is evil. The war between the free world and the CCP is like a contest between justice and evil. It’s really like this.”

Guo said: “Many Hong Kong drifters have this feeling. When you are on the shore of the Chinese port, arriving in Shenzhen, you need to hold your child’s hand, but in Hong Kong, you have a very safe feeling.”

In June 2011, Guo participated in his first social movement in Hong Kong. Due to the influence of the CCP’s propaganda during his childhood, Guo had always felt that the June 4th Tiananmen Square massacre in 1989 (known as the “June 4th incident” on the mainland) had happened because both sides insisted on their own opinions. He was educated to believe that what happened on June 4th was a student-led counter-revolutionary riot. However, through the Internet, Guo learned that the students and citizens involved were supporting anti-corruption and democracy.

He said: “Maybe some people can find unreasonable flaws in the CCP news through logic training. But most people see the news network’s loop report, and they will naturally believe what the CCP says.” His participation at the June 4th commemoration activity in Victoria Park did not touch Guo too much. At the time, Guo was there just out of curiosity. It was just something to do, like going to the movies. Participating in ordinary activities and experiencing freedom and democracy are just a part of Hong Kong people’s daily lives.

Guo recalled that as soon as he left the Tin Hau metro station, he could see clear route guidance, as well as police directing the traffic. People entered Victoria Park from different intersections, and many people sat on the ground. A woman next to him participated with her child.

What frightens Guo the most is that “the CCP can revise your memory.” He said: “People will not question their core beliefs and what they take for granted. The Chinese people have joined the Young Pioneers and the Communist Youth League since they were young. Some people have also joined the Communist Party.” For many Chinese who grew up under the CCP system, the CCP serves as the only authority to believe in. China does not have independent media, and the entire society is rushing toward doomsday.

After Hong Kong’s anti-extradition movement in 2019, Guo discovered that only a few media reported actual news in Hong Kong. He said: “Except for The Epoch Times, NTD, and Apple Daily, almost no media reported the truth.”

Guo always critically read newspapers like The Epoch Times with “filters” before. But after the protests in Hong Kong, he realized that the CCP propaganda had deeply influenced him in the past.

He said: “When you know what the rule of law is and how humans should live, it is difficult for you to give up these basic human rights.”

Guo thinks that the Chinese people are now living in a cage and experiencing “white terror,” a term that has been used to describe multiple periods of political persecution throughout history. The suffering brought to people under the CCP system has been beyond imagination and people have found it hard to survive. China needs independent media to monitor the government and to speak up for the people. He quoted what Jimmy Lai, founder of Next Media, said to illustrate his feelings about standing up for Hong Kong: “I just want to be a human being.”