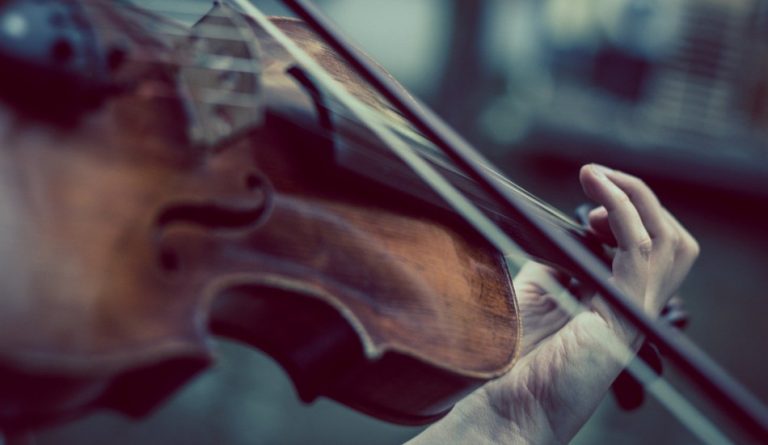 People who listen to classical music can benefit greatly in terms of health. (Image: niekverlaan via Pixabay)

Yi-Wen Jiang is a Chinese-born American violinist who has been an American citizen for more than two decades. He was recently expelled from the Shanghai Quartet, a popular string quartet musical ensemble, of which he was one of the four members. A social media remark made by Jiang was misinterpreted as a racist slur against Chinese people, which led to his expulsion.

In March, one of Jiang’s friends posted a video link about U.S.-Chinese relations on the social media platform WeChat. His friend recommended that Jiang watch it. Jiang realized that even if the video was important, people living in China couldn’t see it due to the government firewall.

But when he commented with his thoughts, Jiang used a pig emoji instead of using the term “people” in his comment — “I’ve heard that the [pig emoji] within the wall can’t see it.” Jiang intended to let people know how oppressed Chinese citizens are under a government that restricts information.

However, his comment got twisted by pro-Beijing elements. All his life, Jiang was known to be a critic of the Chinese Communist Party (CCP). As such, when the CCP finally got a chance to nail Jiang with an accusation, they went ahead with it. State-backed China Daily called Jiang’s comments xenophobic and an insult to the Chinese people at a time when the country is battling COVID-19. In just a few days, Tianjin Juilliard School in China announced that they were firing him from his faculty post. Later, the Shanghai Quartet announced through its website that it had accepted Jiang’s resignation.

This surprised Jiang since he had never sent any resignation letter. Furious, he filed a lawsuit in the New Jersey Superior Court, arguing that his pig emoji comment was twisted by people who have been criticizing him for his views against the CCP. He is demanding the Shanghai Quartet pay US$500,000 in compensation, which comes to roughly a quarter of the group’s valuation.

In the court papers, it is mentioned that Jiang is a “victim of political persecution and was abandoned by his partners.” The remaining three members of the Shanghai Quartet lashed out at Jiang’s decision to file a lawsuit, accusing him of putting the reputation of the Quartet at risk.

Since his expulsion in March, Jiang has been fearful since he has received a lot of violent messages. One video showed his concert picture burning. Fearing for the life of his 84-year-old father who lives in Beijing, Jiang offered a quick apology. However, the American violinist eventually decided to file a lawsuit as he wanted to make the truth known and keep his career alive.

One of Jiang’s outspoken friends, Liu Yunjie, was also recently embroiled in controversy after he posted a picture of a Chinese flag that had the image of the CCP coronavirus on it. The flag also contained the word “Made in China” and “Coronavirus.” “[The purpose] is to let the whole world know. Otherwise, they will shift the blame to America,” he said, as reported by Daily Mail.

Liu was born in Shanghai and currently lives in San Francisco where he is a professor of viola at the San Francisco Conservatory of Music. Liu’s post triggered a huge outcry in China where he was labeled as “er gui zi,” which means a person who betrays their nation. Some people also warned him that he had better not ever come back to China.