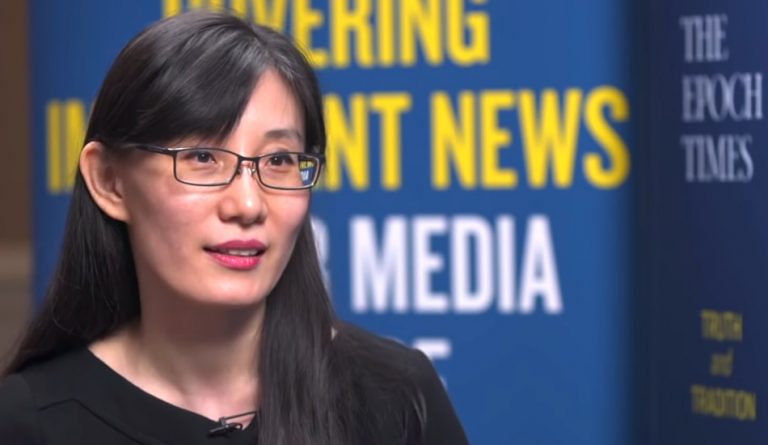 Dr. Li-Meng Yan, a Chinese virologist with around 60,000 followers on Twitter, had her account suspended after suggesting COVID-19 was made in a lab and was intentionally released to the world. (Image: Screenshot via YouTube)

Micro-blogging site Twitter recently suspended the account of Dr. Li-Meng Yan, a Chinese virologist who has around 60,000 followers. Her crime — she suggested that the COVID-19 virus was made in a lab and was intentionally released to the world.

After COVID-19 broke out in Wuhan, Dr. Yan and her colleagues researched the virus, publishing an article that detailed how the CCP coronavirus was manufactured in labs under the control of the Chinese military. On Twitter, the Chinese virologist claimed that she had scientific evidence to support the role of Beijing in manufacturing the infectious virus.

The Chinese government claims that a bat coronavirus, RaTG13, is the closest known relative of COVID-19. However, RaTG13 is not a virus but a genomic sequence of a virus. No actual sample of the RaTG13 virus exists. According to Dr. Yan, Beijing might have used RaTG13 as a cover to hide the real source of the COVID-19 virus, which she believes was produced in labs overseen by the PLA. She suggests that COVID-19 was genetically engineered from bat coronaviruses collected from Zhoushan, likely ZXC21 or ZC45. These two bat viruses were isolated and characterized by two Chinese universities between 2015 and 2017.

Dr. Yan points out that the Receptor Binding Motif (RBM), which is what gives the virus the ability to bind to human receptors, is bound by two “restriction sites” that cannot be found in any bat coronaviruses. She argues that the presence of these two restriction sites is a clear marker of genetic manipulation.

The paper, written by Chinese virologist Dr. Yan and her colleagues, even presents a diagram that describes the procedures involved in synthesizing COVID-19, something that could be done in as little as 6 months. However, the wider scientific community has dismissed the paper and its conclusions. And without any peer reviews, the paper will only remain as speculation.

Twitter recently suspended/restricted accounts related to the “Dracula” botnet that was found to be spreading Chinese propaganda through the platform. Almost 3,000 Twitter accounts were found to be a part of this botnet, which was named “Dracula” since all accounts used quotes from the 1897 novel as their description. Even the first two tweets of these accounts were from the novel. The oldest account of the botnet was found to be just about a month or so old.

The botnet was identified and flagged by social media research group Graphika. The company had previously exposed other botnets on Twitter that were peddling Chinese communist propaganda. It is not known whether Twitter manually intervened to take action against the Dracula botnet or whether the suspensions were triggered by Twitter’s algorithm.