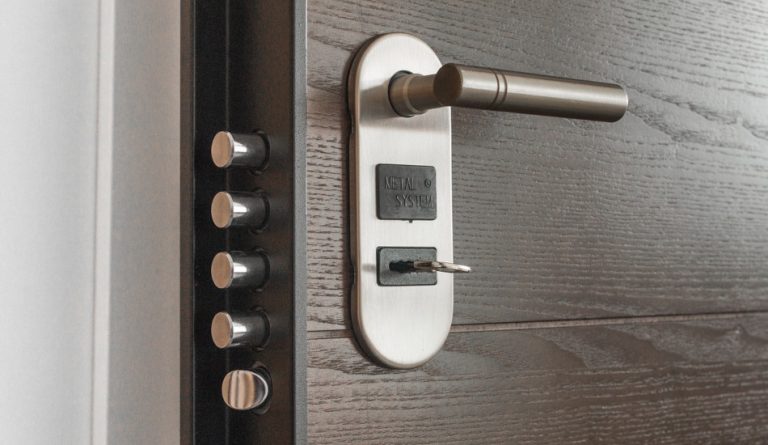 The Chinese government is mandating the installation of ‘smart locks’ in rental properties across China. (Image: via pixabay / CC0 1.0)

The Chinese government is mandating the installation of “smart locks” in rental properties across China. These devices lock or unlock doors by cross-checking phones and IDs. Beijing argues that they are necessary to stop the spread of COVID-19. But the truth is that “smart locks” are basically a way for the Chinese Communist Party (CCP) to strengthen control over citizens.

In April, the Public Security Bureau of the city of Zhuji issued an order demanding that smart locks be installed in all residential communities by September-end. The Bureau argued that such locks would enable the government to create an “intelligent,” “refined,” hotel-style system of managing residential communities.

The information collected through the locks can be used to fine-tune control over the migrant population. Such information includes the time someone enters a residential community, the time they leave, and so on. The project is presently being implemented in Zhuji, after which it will be expanded to other regions of Zhejiang Province and then the entire nation.

Smart locks have already begun causing problems for the residents of Zhuji. Landlords who refuse to install the locks are prohibited from renting out properties. The installation fee runs up to 400RMB (approx. US$58), which is usually shared by both the tenant and the landlord.

One resident got locked out of his home because he forgot to pick up his phone on the way out, leaving him with no way to open the “smart” lock. A migrant female worker who had returned to her dormitory after visiting her native home was apprehended by authorities. Her entry triggered the smart lock to send an alert to officials who were waiting to detain and self-isolate the woman as part of virus control measures.

The COVID-19 outbreak has given the Chinese government just the thing they were looking for — an excuse to expand surveillance. “The techniques of mass surveillance became more permanent after these events… With the coronavirus outbreak the idea of risk scoring and restrictions on movement quickly became reality… Over time we see more and more intrusive use of technology and less ability of people to push back,” Maya Wang, senior China researcher for Human Rights Watch, said to The Guardian.

Facial recognition systems are being installed that can analyze the temperature of people moving in a crowd and check whether they are wearing face masks, flagging those who do not sport any mask. Some cities encourage people to spy on their neighbors, handing out rewards for those who inform authorities about anyone sick. In some companies, health checks have been mandated on a daily basis, without which an employee cannot enter the office.

Of particular concern is a system called “Health Code,” which is implemented through WeChat. The system basically rates a person’s health using three colors — green, yellow, and red. Authorities can then ascertain a person’s infection status by checking the barcode on the phone, which will inform them whether or not the individual is free from the virus, has contacted any infected patient, and so on. Such scanning is now prevalent in hotels, supermarkets, and other traffic-heavy public places.

All information that WeChat collects ends up in the state’s surveillance system and is said to be shared with the police. There have been reports of the system malfunctioning. One person apparently drove through Hubei without making any stops and yet had the color change from green to yellow, which indicated that he would be quarantined.