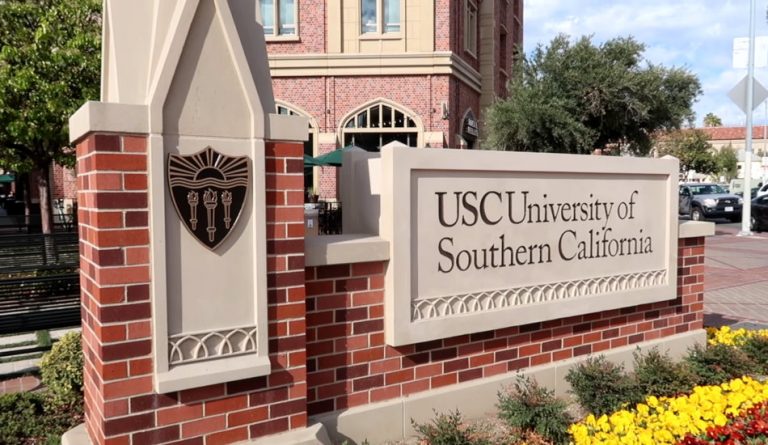 The University of Southern California suspended a professor of business communication after he said a Chinese word that apparently sounded like the racial slur targeted at blacks. (Image: Screenshot / YouTube)

The University of Southern California (USC) has suspended a professor of business communication at the Marshall School of Business (MSB) after he said a Chinese word that apparently sounded like the racial slur targeted at blacks. The professor, Greg Patton, has been replaced with another teacher for the course.

In a class conducted in August, Patton was teaching his students about popular filler words in other languages. A filler word refers to a word that is uttered when we pause between sentences. For instance, words like “umm,” “like,” and “err” are filler words often used in English. Similarly, all popular languages across the world have such filler words. When it came to discussing Chinese filler words, Patton informed his students that the common pause word used in the Asian country is “nà ge”, which unfortunately sounds a lot like the ‘n-word’ that was used against the black community in the past.

A group of students from the “Black MBA Candidates c/o 2022” wrote a letter to the Dean of MSB, Geoffrey Garrett, complaining that Patton’s use of the term “nà ge” had hurt the black students in the class. The letter stated that some students had voiced their concerns about the use of the word, but Patton continued using it in subsequent classes. The dean replied with an email informing students that Patton was being replaced with a new instructor. The students who had written the letter applauded the change of teachers. However, the dean’s action soon attracted fresh complaints from several alumni who felt that Patton had been unfairly treated.

One petition signed by around 100 alumni from China, Taiwan, Hong Kong, and other Chinese-speaking countries argued that Patton had done no wrong when using the Chinese word “nà ge.” “We represent more than a dozen nationalities and ethnicities and support the global inclusiveness Professor Patton brings to the classroom… Most of us are Chinese, some ethnically, some by nationality, and many others have spent extensive time in China. Most of us live in China. We unanimously recognize Prof Patton’s use of ‘nà ge’ as an accurate rendition of common Chinese use, and an entirely appropriate and quite effective illustration of the use of pauses,” the petition stated, as reported by CNN.

The letter also equated USC’s actions with some violent incidents during the Chinese Cultural Revolution (1966 to 1967). During that time, the communist regime led by Mao Zedong launched fake accusations against innocent people that grew into what the letter states was “institutional insanity.” Patton said that his “heart dropped” when he received feedback from three students who noted how the word was causing them discomfort. The professor sent emails to his students, apologizing for the unintentional harm he caused.

The issue went viral in China and surrounding regions as many Asians expressed sympathy toward Patton. Most were shocked that a word that they commonly used in their countries could end up becoming a racial controversy in the U.S. Some Weibo users drew parallels between Patton’s treatment and the “literary inquisition,” a period where Chinese intellectuals were persecuted for their writings.

A few netizens pointed out that USC’s treatment of the word “nà ge” as something offensive was in itself an offense to Chinese culture. Such a portrayal of the word involved subjecting the Chinese language to English rules rather than understanding each language in its own context.