How Hollywood Is Censoring Movies for the CCP 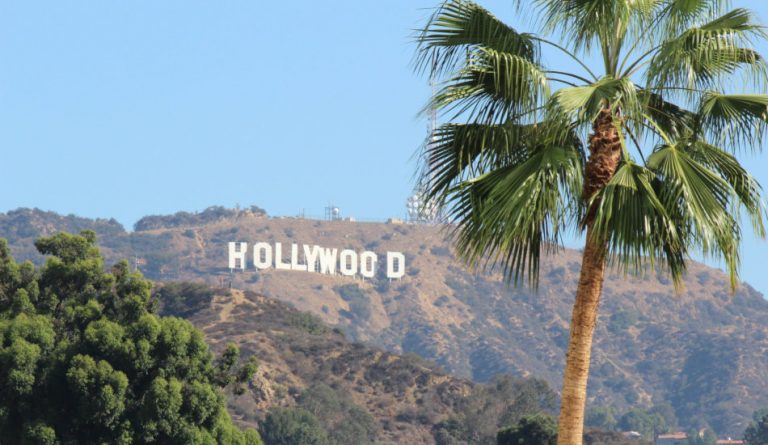 The influence of Hollywood movies is felt in every corner of the world. Hollywood is censoring its films to get Chinese funding and market access. (Image: Shinya Suzuki via flickr CC BY-ND 2.0)

Hollywood is the capital of international movies, producing global blockbusters year after year. There is literally no major country where the influence of Hollywood movies cannot be felt. Beijing has understood the power Hollywood has. In fact, the Chinese Communist Party (CCP) is working toward co-opting Hollywood to promote its interests worldwide, as well as to prevent the industry from showing the Chinese communist government in any negative manner.

Beijing’s power over Hollywood comes from two factors — the huge size of the Chinese theater market and the strict government regulation that controls access to it. In the first quarter of 2018, China surpassed the U.S. in terms of quarterly box office revenues for the first time in history. It is estimated that the Chinese box office revenue will reach US$15.5 billion by 2023, which is well over the US$11.4 billion in revenues generated by the American box office in 2019.

If Hollywood production companies want to secure a piece of the Chinese theater revenues, they will have to abide by the rules set by the communist regime. And the rules are pretty simple — do not criticize the Chinese government. In 2019, movies like Spider-Man: Far From Home, Avengers: Endgame, and Fast & Furious: Hobbs & Shaw made more money in China than they did in the U.S. As China’s share of movie revenues keeps growing, the big Hollywood production houses bend over backward even more to pander to the communist regime.

There have been numerous instances of Hollywood movies being changed to avoid angering Chinese censors. The 2012 movie Red Dawn was originally a story about China’s occupation of the U.S. However, after the filming was completed, the antagonists were changed into North Koreans. The Chinese flags in the movie were digitally replaced with North Korean flags.

In the 2015 movie Pixels, production house Sony completely removed a scene depicting aliens destroying the Great Wall of China. The Marvel movie Dr. Strange, released in 2016, gave the role of an important Tibetan character to a Caucasian actress as the production house was afraid China wouldn’t allow the movie to be shown in theaters due to the positive depiction of Tibetans.

Moviemakers are also forcefully inserting scenes to show the Chinese regime in a positive light. In the movie Iron Man III, Chinese doctors were shown to be saving Ironman’s life. These scenes were specifically shot and shown only in China. The 2009 film 2012, 2013 film Gravity, and the 2016 movie Arrival, all show Chinese military forces playing a major role in saving the world.

The most recent Hollywood controversy involving the Chinese regime is about the Disney movie Mulan. The Chinese government is said to have closely worked with Disney, aiming to promote a CCP-sanctioned version of Chinese culture through the movie. Prior to its release, the movie’s star Liu Yifei kicked up a storm after she supported Hong Kong police against the protesters.

This angered the people of Hong Kong and there were widespread calls to boycott the movie not only from Hong Kong, but also from countries like Taiwan and Japan. All through this controversy, Disney remained silent, not making any significant show of support to Hongkongers who were struggling against the oppressive Chinese government.

After Mulan was released in theaters and for video on demand, another controversy broke out — parts of the film were apparently shot in the Xinjiang region where Beijing has detained over a million Uyghurs and set up an extensive surveillance system to monitor the community. What’s more, Disney even thanked the authorities in the movie!

In the film’s credits, two agencies are credited by Disney. The first is the publicity department of CPC Xinjiang Uyghur Autonomous Region Committee, which is recognized as the government’s propaganda department in the area. The second is the police bureau in Turpan. Last October, the U.S. Commerce Department put the Turpan public security bureau on its trade blacklist due to their involvement in repressing Uyghurs.

A group of U.S. lawmakers recently wrote a letter to Disney CEO Bob Chapek, asking him to explain how the company was connected to the security and propaganda departments in Xinjiang. The lawmakers demanded Disney reveal whether forced labor from minorities was used during the production. Republican senator Marco Rubio stated that Disney’s decision to shoot in Xinjiang offered legitimacy to genocide.

Some of the biggest Chinese investors in Hollywood movies include Tencent Pictures, Alibaba Pictures, Perfect World Pictures, Huayi Brothers Media Company, Beijing Polybona Film Distribution Company, and so on. These investors are pumping millions into big-budget Hollywood blockbusters and likely forcing the narrative of the story to cater to CCP interests. The Trump administration is taking strict action against Chinese tech companies, even banning them, due to concerns about national security. Maybe the government should take a look at Hollywood soon.