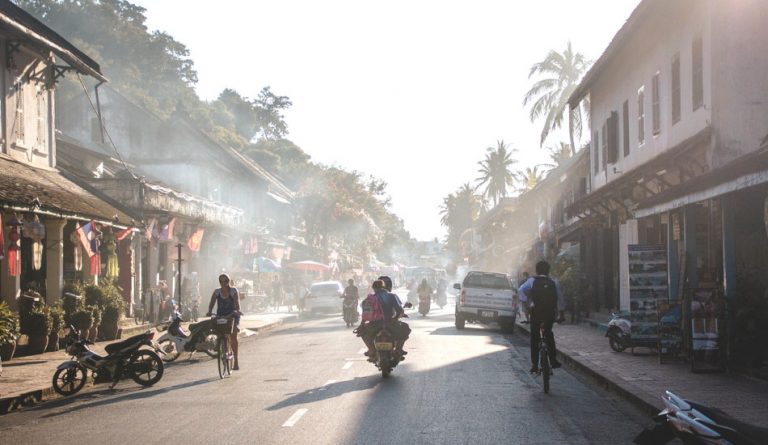 The government of Laos has launched a TV station in the capital city of Vientiane that is funded completely by Beijing. (Image: via pixabay / CC0 1.0)

The government of Laos has launched a TV station that is funded completely by Beijing. The new TV station is set up in a building in the capital city of Vientiane and is named “Lao Army Television Channel 7.” The channel began broadcasting on September 9.

At present, the station is being operated under the control of Laos’ Defense Ministry, which will also be responsible for all programs that are distributed online. The channel will primarily focus on the activities of the Laotian military. Defense Minister Chansamone Chanyalath called the station building China’s gift to the government of Laos, the army, and the people. However, common citizens are not too enthusiastic about the channel.

The new station will only act as “the voice of the army, the government, and the [ruling] party… This new station will mostly publicize military or police activities… It won’t carry any stories about the suffering of the people,” one citizen from Laos said to Radio Free Asia. Since 1975, Laos has been under the rule of a communist regime that completely controls all forms of media.

Laos is one of the least free countries in the world thanks to its communist government. According to a 2019 report by Reporters Without Borders (RSF), Laos was listed 172 out of 180 nations in an index of countries ranked by press freedom. Phil Robertson, Deputy Asia Director at Human Rights Watch, points out that freedom of the press is almost non-existent in Laos and that the communist government has never respected the opinions of its people.

The increasing influence of China in Laos has been making many people worried that the country is ceding its autonomy to the will of the Chinese Communist Party. Recently, the state-run electricity corporation of Laos signed an agreement with a Chinese company giving them majority control. The government argues that the move was necessary to save the company which has been riddled with financial difficulties. However, many people have argued that too much power has been surrendered to the Chinese side in the agreement.

Laos has fallen victim to the debt trap laid by China’s Belt and Road Initiative (BRI). The country borrowed large sums of money from China for its US$6 billion high-speed rail project that connects the southern regions of China with Southeast Asia. About 60 percent of the money for the project was borrowed from the Export-Import Bank of China. The government of Laos also took out a loan of US$480 million from the same bank to fund its share of the project. However, the administration is now said to be reeling under financial pressure due to all these debt obligations and is planning to sell government assets to deal with the monetary crisis. Money was also borrowed for funding hydropower projects along the Mekong River.

Foreign exchange reserves are now below US$1 billion, which is far less than the debt payments Laos is due to make every year. This basically puts the nation in high-risk territory when it comes to sovereign default, a position that would give China significant power over the country. According to local reports, the Laos government has already asked Beijing to restructure some of its debts in a bid to avoid defaulting on them. In August, Moody’s downgraded the credit rating of Laos from B3 to Caa2, which is basically junk territory. The outlook has shifted from neutral to negative since the agency believes that Laos is suffering from severe stress of liquidity.