Wolves Have Been Caring for the Pack for at Least 1.3 Million Years 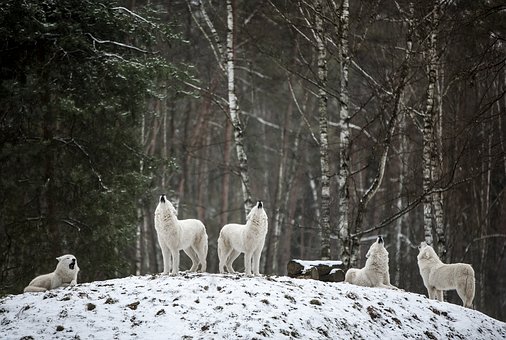 Wolves today live and hunt in packs, which helps them take down large prey. (Image: via pixabay / CC0 1.0)

Wolves today live and hunt in packs, which helps them take down large prey. But when did this group behavior evolve? An international research team has reported specimens of an ancestral wolf, Canis chihliensis, from the Ice Age of north China (~1.3 million years ago), with debilitating injuries to the jaws and a leg.

The wolf survived these injuries long enough to heal, supporting the likelihood of food-sharing and family care in this early canine. Dr. Xiaoming Wang, curator of vertebrate paleontology at the Natural History Museum of Los Angeles County, who co-led the study, said:

“Top predators are rare in the fossil record because of their position in the food pyramid. Devastating injuries that are healed are even rarer. Fossils preserving grotesque injuries from the distant past have long fascinated paleontologists, and they tell stories rarely told.”

Dr. Haowen Tong, professor at the Institute of Vertebrate Paleontology and Paleoanthropology of the Chinese Academy of Sciences in Beijing, led the excavations that discovered the fossils in the Nihewan Basin, a well-known Ice Age site in northern China.

Based on its skeleton, C. chihliensis was a large canine with strongly built jaws and teeth specialized for eating meat and cracking bones. Injuries in the skeleton provide additional evidence for how the animal used to move and behave. The study represents the first known record of dental infection in C. chihliensis, likely incurred while crushing bone to reach the marrow inside, which modern wolves do when hunting prey larger than themselves.

One C. chihliensis also badly fractured its shin (tibia), splintering it into three parts. The injury must have incapacitated the wolf, an active predator that hunted by chasing prey — yet it survived, as evidenced by healing of the bone. Survival suggests that, while recovering, it procured food in some way other than by hunting — likely with the support of a pack. 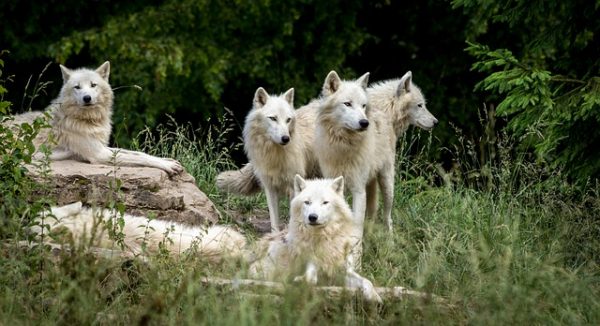 To help interpret the injuries, the study also examined specimens of another extinct large canine: the dire wolf, Canis dirus, which has abundant fossils at the world-famous Rancho La Brea asphalt seeps in Los Angeles, California. The dire wolf was geologically younger than C. chihliensis, having lived at Rancho La Brea approximately 55,000 to 11,000 years ago.

Despite the age difference, the dire wolf — which previous studies had established to have been a pursuit predator of large prey, with a social structure likely similar to gray wolves today — sustained injuries to the teeth, jaws, and legs similar to C. chihliensis. Dr. Mairin Balisi, National Science Foundation postdoctoral research fellow at the La Brea Tar Pits and Museum and co-author of the study, said:

“It is incredible to see these dental infections and fractured tibia from this early Chinese wolf — and find similar injuries in our dire wolves at Rancho La Brea. Museum collections are valuable for many reasons. In this case, they’ve enabled us to observe shared behavior across species, across continents, across time.”