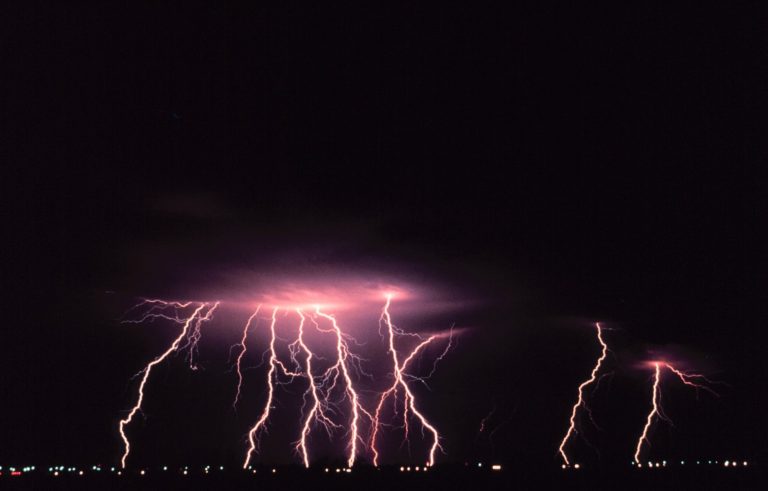 Lightning caused a huge fireball in China. (Image: via Pexels)

Citizens of the Chinese city of Shenyang were shocked recently when a massive fireball seemingly erupted out of nowhere, triggering panic among the public. It was later found out that the fire was caused by lightning.

The incident took place in August near several tower blocks. Footage circulating online shows a loud bang rocking the city, followed by a blaze soon after. Many people claimed that the explosion sounded like a bomb blast. A bolt of lightning had apparently struck a building that had been under construction. After the explosion, a “rain of sparks” fell on the roads nearby.

Surprisingly, the explosion did not cause even a single casualty. Nor did it trigger fires or affect local electrical services. The fireball was seen even at a great distance, with some witnesses describing it as “Hell on earth.” Netizens were quick to come up with conspiracy and doomsday theories when videos of the explosion spread online. Some went hysterical, claiming that it was a “sign of the end times.”

Considering the state of the world right now, one does wonder.

If you own a home, being hit by lightning is one of the worst things that can happen to the property. If you are unlucky, the entire home might burn up in flames. Things like wood will get ignited too quickly. The fire might start in the attic and you may even not know about it until you see the smoke. By that time, it might be too late to save the house.

If you are lucky, your house will avoid being set on fire. However, there can be other dangers. For one, the shockwave from lightning will be unavoidable. The waves can shatter glass, blow out plaster walls, and even crack the foundations. Amidst this, the flying shrapnel and other sharp objects will cause damage to the home and pose a serious risk to people inside the house.

Another risk of a lightning strike is a power surge. If it passes through the primary or secondary electrical wiring paths, it can trigger an explosive electrical surge that can damage even non-electrical devices connected to it.

Many homeowners avoid installing a good lightning protection system thinking that the risk of their homes getting hit is pretty low. Plus, professional-quality protection systems can be expensive, which turns off more homeowners. However, if you live in an area known for frequent rains and thunderstorms, it might be a good idea to invest in protection equipment.