US Diplomat: ‘China Is a Lawless Bully’ 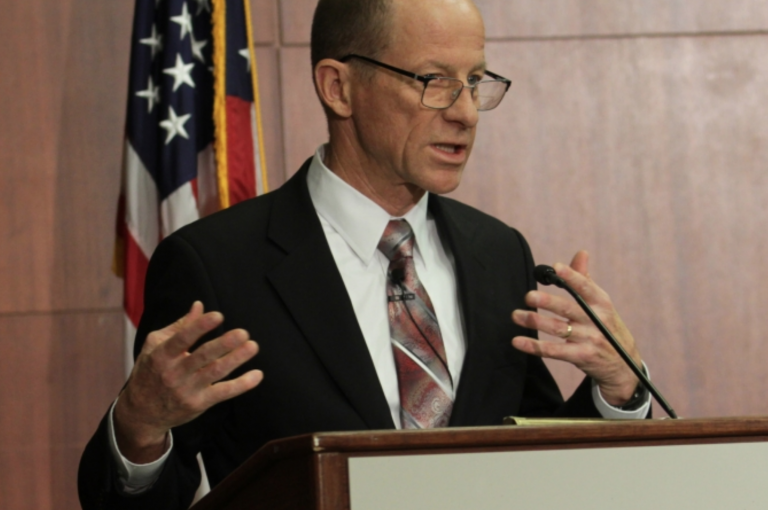 David Stilwell, U.S. Assistant Secretary of State for the Bureau of East Asian and Pacific Affairs, has called China a “lawless bully” for its various human rights violations. He argued that its actions against other nations indicate that it is not a responsible global power. Stilwell made these observations during testimony at the Senate Foreign Relations Committee hearing.

In his testimony, Stilwell noted that America’s competition with China need not lead to any conflict and that Washington is willing to cooperate with Beijing in areas where the two parties have shared interests. As an example, the diplomat pointed to the issue of North Korea as a possible common ground that the two nations can work together on. However, Stilwell states that the Chinese government has been acting in an excessively shocking manner in these past few months. This includes Beijing’s aggressiveness in Japanese waters, its conflict with India in the Himalayan border, and its moves in Taiwan and the South China Sea.

Stilwell stated that the U.S. is committed to maintaining peace in the South China Sea. In line with the 2016 Arbitral Tribunal Award, Washington sees Beijing’s claims over the South China Sea as unlawful. He pointed out that most Asian nations are worried about China’s rising militarization of their economic zones, waters that have been legally deemed as theirs to fish and mine. Stilwell states that there is a disconnect between the words Beijing says and the actions they commit. For instance, they had agreed in 2015 not to militarize the artificial islands they built in the South China Sea. Yet, the Chinese regime went against this commitment in the following years.

Regarding the Senkakus, a group of islands that belong to Japan but are also claimed by China, Washington has always stood by Tokyo. “The U.S. and Japan have been very clear on our position on the Senkakus, and we’ve reinforced that. And yet you still have these long-term incursions. Again, this is an opportunity for Japan and the U.S. to work together and to let Beijing know that we stand — this is the beautiful thing about an alliance, is that we make commitments and the U.S. lives up to them. We don’t simply offer words without subsequent actions,” he said in a statement.

Philip Reeker, a U.S. diplomat for European affairs, said at the Senate that China was viewing Europe as a means to supplant America’s global leadership. Washington will be setting up senior-level meetings with European Union to launch a discussion on the China issue.

China’s ongoing military standoff with India has been a hot topic in the Indian subcontinent in recent months since it pits two upcoming superpowers against each other. Stilwell believes that Beijing wants to take advantage of the uncertainty that the COVID-19 pandemic has created in India, which is why it has been breaching India’s borders quite often lately. He advised them to stop using forceful means against their neighbors and instead start engaging in negotiations.

Earlier, Secretary of State Mike Pompeo slammed the CCP for creating territorial conflicts from “Taiwan Strait to the Himalayas and beyond.” As to the question of Taiwan, Stilwell thinks that U.S. military sales to the island nation are necessary to maintain balance in the face of an aggressive China. U.S-Taiwan ties have strengthened over the past year, which is the complete opposite of the deterioration happening between America and China.