Importance of Establishing Diplomatic Relations Between the United States and Taiwan 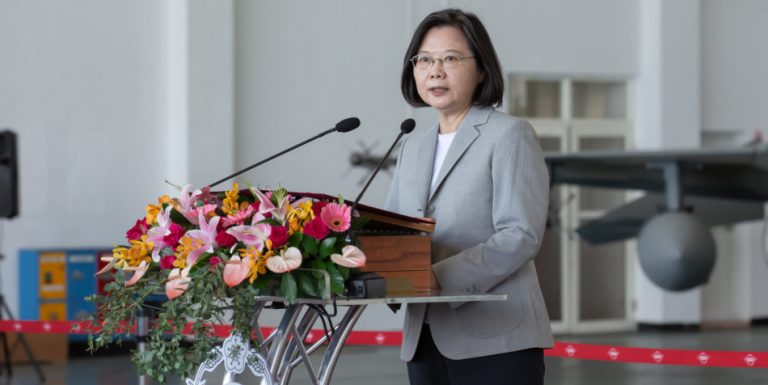 If the United States establishes diplomatic relations with Taiwan, it will cause the country’s international status to rise. (Image: 總統府 via Flickr)

Hong Kong industrialist, Mr. Elmer Yuen, on a recent program appearance said that Hong Kong is the epitome of a free country in the world. Mr. Yuen also asserted that it is imperative for the United States and Taiwan to establish diplomatic relations so that Taiwan’s international status can rise, and consequently the CCP will lose its international status. If the United States can overcome the Chinese Communist Party (CCP) in Hong Kong, it will at the same time stop the CCP from continuing to erode freedom in every other aspect. Mr. Yuen further added that the United Nations has now become a new battlefield between China and the United States.

He pointed out that the U.S. wants to win the battle for Hong Kong. They are willing to support Hong Kong and there are still many sanctions that have not been introduced. He believes that what is happening in Hong Kong will have an impact on other countries in the future. “The United States winning the battle in Hong Kong is equivalent to winning the war in the entire world.”

He further said that the things the CCP has done to Hong Kong let the whole world clearly see its true colors. The CCP’s ways of suppressing Hong Kong have become the focus of the world.

Mr. Yuen added that after 1949, any party or any establishment that supported the Communist Party ended up in tragedy. At that time, some people felt it was a prestige symbol to stand beside the CCP and even hurl abusive words at others, but ultimately all of them ended up in tragedy.

Everything starts from a thought and an intention. On June 12, 1987, the then-U.S. President, Ronald Reagan, gave a speech in front of Brandenburg Gate about 100 yards away from the guarded concrete barrier that physically and ideologically divided East and West Berlin. He uttered the words “tear down this wall.” This phrase shocked the world and caused considerable controversy among U.S. officials. Some officials believed that the phrase should be taken out of the speech to avoid tensions between the East and West, but Mr. Reagan believed that the speech was well written and he decided to keep it in. Mr. Reagan’s strategy toward the Communist Soviet Union was “we win, they lose.”

A few days ago, U.S. Senator Ted Cruz also mentioned the words “we win, they lose” in an interview. He said that it should be the strategy of the United States toward the CCP. He also mentioned that Mr. Reagan’s words “tear down this wall” had been deleted three times because, at that time, no one believed that the Berlin Wall would be torn down. Here, history has proven that “light will definitely defeat evil.”

Having mentioned the above, it is likely that the CCP views the words “we win, they lose” as “Hong Kong wins, the CCP loses.”

It is very important that every event is born from a thought and an intention. He insists: Start with the right thought in mind and the right intention, followed by determination and persistence, and continue on doing it. At the same time, echo the same intention to other people, and doing so will eventually make things happen.

In addition, Mr. Yuen said that the establishment of diplomatic relations between the United States and Taiwan is like an arrow on the bow and this is on the agenda of the United States. The next move is for Pompeo to visit Taiwan. Pompeo will visit Japan and South Korea in early October and his itinerary for Taiwan is on October 10. That is worth looking forward to.