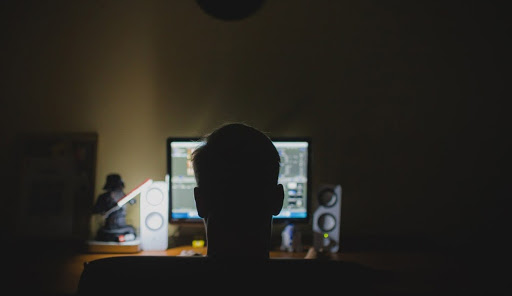 Chinese hackers have access to the personal information of 50 percent of Americans. (Image: via Pixabay)

FBI Director Christopher Wray recently gave a grave warning to America — Chinese hackers have stolen the personal information of almost 50 percent of the U.S. population, including most adults. He was speaking at a congressional testimony on the subject of Chinese data theft.

A security risk from data theft

Wray stated that an American citizen has more chances of having his data compromised by Chinese hackers rather than keeping the data protected. The stolen data is said to be used by the Chinese side to launch cyberattacks and recruit agents. According to Wray, Chinese espionage is so widespread nowadays that the FBI opens a new China-related counterspy case once every 10 hours. At present, there are about 5,000 active FBI counterintelligence cases, of which China alone accounts for half of them.

The COVID-19 pandemic will only expose American citizens to a higher risk of Chinese cyber espionage since many people are currently working from their home computers. The FBI Director warned that the U.S. will be seeing more hacks and breaches in the future. The more America shifts to the Internet as a way to share and manage daily life, the more danger the country will face from hackers.

Wray accused the Chinese Ministry of State of hacking into Managed Service Providers (MSP). This tactic allows the hackers to break into the networks of several companies simultaneously by breaking into the network of just a single MSP. He pointed out that Washington indicted two Chinese hackers from the Guangdong State Security Department of the MSS in July. China is stealing U.S. defense technologies as well to use them in a future conflict.

He calls the Chinese theft of American IP the biggest “long-term threat” Americans face from a foreign spy agency. The Chinese are engaging in an “international talent war” in a bid to gain access to U.S research and innovation capabilities. At present, China is said to be stealing data from U.S. academic institutions, health care organizations, and pharmaceutical companies that are linked to COVID-19 research. In July, the Trump administration ordered the closure of the Chinese consulate in Houston after it came to know that Chinese agents were using the place as an outpost while developing connections with medical experts.

“Sometimes, without being too descriptive in an open setting, we can almost track a news report from some company or research institution that is announcing or revealing some progress … and then almost within days we will see cyber targeting that ties back to Chinese actors focusing on those institutions… Rather than innovate themselves, they are trying to essentially jump to the front of the line by stealing information from others,” Wray said, as reported by The Hill.

It is not just the U.S that is facing the risk of data theft from Chinese hackers. In Spain, research centers working on a COVID-19 vaccine recently faced a breach in which Chinese hackers stole a significant amount of information. Paz Esteban, the head of Spain’s National Intelligence Center (CNI), noted that other nations that are working on a vaccine have also faced such cyberattacks.

In addition to China, Russia is another country that was also involved in hacking attempts. The nature and relevance of the stolen information were not revealed. Esteban also stated that there was an increase in cyberattacks during the COVID-19 confinement period.