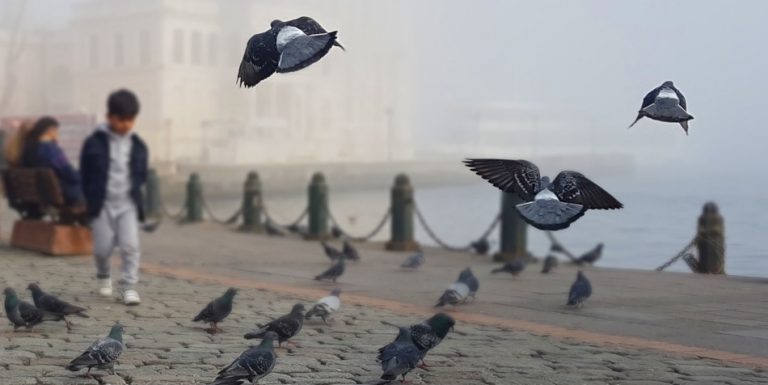 A Xinjiang-born Chinese national who lives in Turkey got the shock of his life when he spotted his son in a Chinese Communist Party propaganda video. (Image: Colourfulgreen via Pixabay)

Abdurahman Tohti is a Xinjiang-born Uyghur Chinese national who lives in Turkey. He has been cut off from his family for several years. In January this year, Tohti got the shock of his life when he spotted his son in a Chinese Communist Party (CCP) propaganda video.

Tohti was a cotton farmer during his life in Xinjiang. In 2013, he immigrated to Turkey together with his family and got a job selling cars. A few years ago, his wife and two children went back to China for a visit. Tohti never heard from them again. He later found out that his wife had been detained and sent to prison, a fate that his parents also shared. Tohti never knew what happened to his kids.

In January, Tohti was browsing Chinese social media when he spotted his son in a video that seems to have been recorded by a teacher. His son was speaking Chinese, a language that no one in his family spoke. Though he was excited to see his son, Tohti was soon gripped with fear since it seemed as if the child was being brainwashed in a state-run school. “What I fear the most… is that the Chinese government is teaching him to hate his parents and Uighur culture,” he said to The New York Times.

Uyghur children being separated from parents and brainwashed

Tohti’s story is not a unique one. There are thousands of children who have been forcefully separated from their parents. Documents released last year showed that almost 400 kids had lost their parents to internment camps in just a single township. While the parents are brainwashed at the camps to give up their cultural identity, a parallel program carries out the same plan on the Uyghur children through the school system. In 2017, the number of children enrolled in kindergarten rose by more than half a million, with almost 90 percent of the kids being from the Uyghur community.

Boarding schools have been set up in many areas of Xinjiang. According to the government, these schools help in maintaining stability and peace. However, China expert Adrian Zenz points out that there is a sinister agenda behind these schools — the cultural re-engineering of Uyghur children. Since these kids are cut off from their families and are entirely under the control of the state in boarding schools, they can be influenced in any way the communist regime wants. Relatives are only allowed to visit the children once every one or two weeks. This is done so as to “break the impact of the religious atmosphere on children at home,” according to a state policy document from 2017.

A recent report by the Australian Strategic Policy Institute revealed that there might be 380 “re-education” camps in Xinjiang, a whopping 40 percent more than earlier estimated. This would also mean that even more Uyghurs have been detained by the Chinese Communist Party. The new detention centers were identified through satellite imagery. About 50 percent of these new facilities have very high security, indicating that they are prison-style centers.

Some facilities showed signs of security being rolled back, such as the removal of perimeter walls, internal fencing, and so on. However, most of these camps were low-security facilities. Courts in Xinjiang sentenced around 230,000 people to jail or some other form of punishment during 2017-2018, a far higher number than any other time in the past. In 2019, more than 95,000 people from the region faced criminal trials.