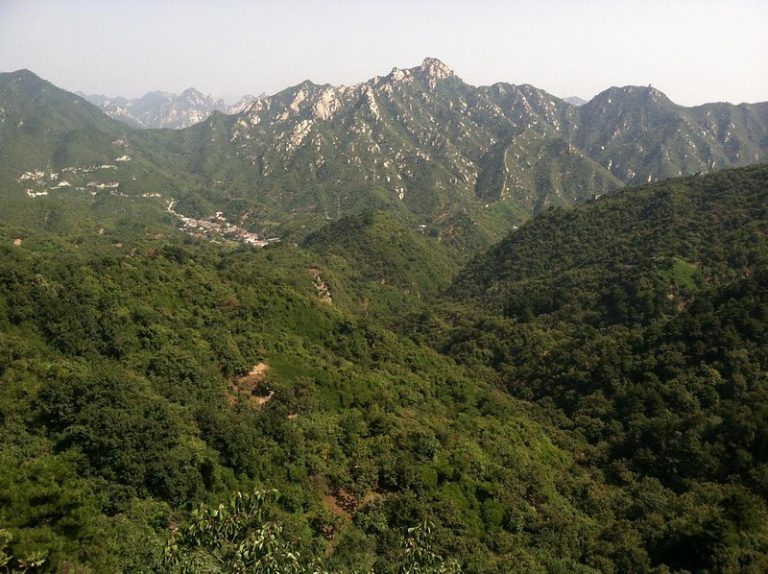 An act of compassion to a beggar resulted in a water source for generations (Image: dom brassey via Flickr)

In China, at the foot of a mountain in Yidao County, Hubei Province, there are three mountain springs that gush out continuously. People living on the mountain visit the springs regularly to fetch fresh water. According to legend, at one time there were no springs at the foot of the mountain. At that time, people had to carry their water from very far away. Many people could not bear this hardship and paid others to bring them water. A lonely older woman, who could barely afford food and clothing, had no money to pay for water. Every few days she walked a long distance for her water.

One day, the old woman watched as a beggar visited the mountain village to beg. The beggar was skinny with a flat nose, big ears, small eyes, and a crooked mouth. He was very sickly and was wearing old dirty clothes. He also gave off a very putrid odor. When the beggar visited Zhang’s house, Zhang slammed the door in his face; when he came to Li’s house, Li shooed him away. Everyone who came into contact with him held their noses and ran away. Nobody treated him kindly.

Seeing all this happen, the old woman brought the beggar into her home without hesitation. She let the beggar have a seat and brought him the food she was going to eat. She told him: “Help yourself, please!” The beggar took the bowl and quickly gobbled it all up. He wiped his mouth and said: “Old woman, you have such a compassionate heart, you deserve a just reward.”

The old lady smiled and replied: “It’s nothing, don’t mention it!”

The beggar answered: “No, no, no, you deserve a reward!”

The old lady looked the beggar up and down with pity. She saw he had nothing except a knife at his waist. She smiled and said: “You are even more miserable than I am. How could you ever repay me?”

The beggar did not get upset upon hearing this. He only patted his chest and told her: “Speak up! Do you want gold or silver? Whatever you ask, I will promise it!”

Upon hearing this the old lady laughed and asked: “Really? I do not believe you can make what I need.”

The beggar encouraged her: “Just say it!”

The old woman slowly uttered: “Even in my wildest dreams I want neither gold nor silver. I just want to have water at the foot of the mountain so that everyone…”

The beggar interrupted the old lady before she finished her words and pronounced: “Consider it done.” He bowed to the old woman, left her house, and walked down the mountain.

The woman receives a miraculous blessing

The woman secretly followed the beggar. She saw him stop when he reached the foot of the mountain. She hid behind a tree and watched from a distance. As she watched him, the beggar sat there for a while, drew the knife from his waist, and stabbed at the ground. Immediately a spring erupted from the ground. He stabbed the ground two more times with his supernatural powers leaving three springs behind in his wake. The woman was thus rewarded with a miraculous blessing for her act of compassion.

The old lady was overcome with shock. When she recovered from her surprise, there was no sign of the beggar.

Ever since then, the mountain springs have served as a local water source for generations, while the story of an old woman’s kind act toward a beggar reminds us to treat each other compassionately.

Translated by Joseph Wu and edited by Helen and David Jirard