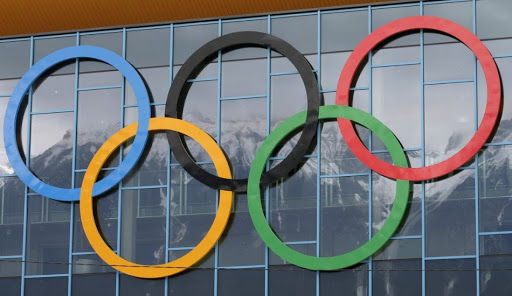 Advocacy groups have asked IOC to move the 2022 Winter Olympics from China. (Image: michaelwedermann via Pixabay)

Several human rights groups have written a joint letter to the International Olympic Committee (IOC) asking them to block China from hosting the 2022 Winter Olympics due to the country’s gross human rights violations. Beijing is looking forward to hosting the event as a way to showcase to the world how technologically advanced and socially ordered the country is.

The IOC and the Olympics

The letter was written by 160 advocacy groups from North America, Australia, Europe, Africa, and Asia. The letter warned that the Chinese government has been emboldened by the prestige it gained from the 2008 Olympics, after which it has set up an “Orwellian surveillance state” in Tibet, detained over 1 million Uyghur Muslims in Xinjiang, is seeking to erase Mongolian culture inside Inner Mongolia and is cracking down on freedoms in Hong Kong. It also points out that Beijing continues to hunt down pro-democracy activists, lawyers, and basically anyone who is seen as a threat by the CCP.

“In 2008, the IOC assured the global community that China’s human rights record would improve as a result of staging the Games; instead, we have seen the opposite… The scale of the human rights crisis in Tibet, East Turkestan, and Hong Kong demands a rethink of where the 2022 Winter Olympics will be held,” Mandie McKeown of the International Tibet Network said, as reported by The Epoch Times. The letter asked the IOC to remain committed to its core principles on “human dignity” as established in the Olympic Charter and move the 2022 Olympics from China. Fengsuo Zhou, a U.S.-based Chinese rights activist, warned that allowing China to host the Olympics would be equal to empowering the communist regime.

In August, the World Uyghur Congress (WUC) also urged the IOC to shift the 2022 Olympics from China given its gross treatment of the community. However, the IOC replied that it must remain “neutral on all global political issues” and argued that it has received “assurances” from the Chinese regime that the principles espoused by the Olympic Charter will be honored “in the context of the Games.” This basically sounds like a hypocritical argument.

In 1960, the IOC banned South Africa from participating in the Olympics due to the country facing apartheid charges. South Africa was only allowed participation in 1992 after the country’s apartheid system had fallen. Why can’t the IOC take the same stance against China for its persecution of Tibetans, Uyghurs, Kazakhs, and so on? The IOC seems to find China too big and powerful to disappoint, basically validating the idea that moral rules can be bent for those who hold power.

The Trump administration is becoming stricter in its relationship with Beijing, holding Chinese companies, individuals, and organizations accountable for their involvement in human rights violations. As such, some believe that the U.S. might pull out from the 2022 Winter Olympics to show its solidarity with communities persecuted by the Chinese regime. In December last year, two U.S. senators urged NBC Universal to not broadcast the 2022 games and put “human rights over profits.”

President Donald Trump has not made any official statement on the matter. When White House press secretary Kayleigh McEnany was questioned whether Trump would support a boycott, she merely stated that he has stood up to China “unlike any president before him in modern history.” Meanwhile, the UK is also not too keen on supporting the 2022 Olympics. A survey done by media outlet Express showed that almost 90 percent of citizens agreed that their country should boycott the games.