The Moving Life Story of Xin Fengxia, Queen of Northern Opera and Daughter of China (Part 1) 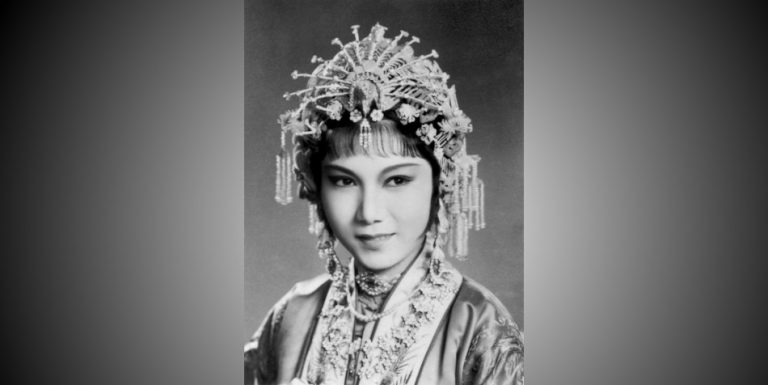 Known as the ‘Queen of Pingju,’ Xin Fengxia was a Chinese Pingju opera star, a performer, actress, and founder of the China Pingju Institute. (Image: via Wikimedia Commons)

Xin Fengxia (January 26, 1927 – April 12, 1998), was a Chinese Pingju opera star, performer, actress, and founder of the China Pingju Institute. Pingju is known as Northern Opera in dance and song format. Known as the “Queen of Pingju,” she pioneered her own style, which has become one of the most important and most popular operatic styles in Northern China

Wu Zuguang, a famous playwright in Hong Kong, returned to China in 1949 when he was in his twenties. Like many intellectuals at the time, Wu held high hopes for the new People’s Republic and joined the “United Front,” which was made up of key individuals who agreed to advance the interests of the Chinese Communist Party (CCP). In 1951, Lao She, a famous author in Beijing, introduced Xin Fengxia to Wu Zuguang, after which, they liked each other, fell in love, and married in the same year.

In May 1957, the CCP called on everyone to help promote the Party platform and improve its image. Everyone was encouraged to air their views and opinions “in order to serve the people well.” The Party sent someone to instruct Wu to give advice to senior officials in the literary and artistic circles. Wu told the officials: “Literature and the arts are meant to be read and seen by readers and audiences, and the only way to do this is through freedom of writing and performing. Therefore, outsiders [meaning the Party] cannot lead insiders and cannot instruct those in the art and literary circle.”

Wu’s advice was taken as “the Party should stay clear of literary and artistic circles, the sooner the better.” Wu did not realize that by asking him to give honest advice, the Party was setting a trap for him. So, instantly, Wu was denounced as a rightist in the CCP’s counter-revolutionary campaign.

In the early spring of 1958, Wu, after undergoing fifty or sixty public humiliations, was sent to the Great Northern Wilderness together with more than five hundred others who had been labeled as rightists, in order to be “reformed through labor.” In the middle of the night, before he left, he bade farewell to his sick father and his elderly mother. He looked at his three young children and the tearful Xin Fengxia and then reluctantly walked out of the house.

The Party quickly followed up and sent officials to summon Xin Fengxia. They told Xin: “Wu Zuguang is a bad person!” Xin then replied: “You think he is a bad person. To me, he is a good person!”

The Party tried all ways, even pointing to a divorce case in the newspaper, to pressure Xin Fengxia to divorce Wu Zuguang. They threatened her by saying: “If you agree to the divorce, you can join the Party; otherwise, you have to bear the consequences.”

The senior official even threatened her that she would not be able to continue singing. Xin Fengxia answered: “Pingju opera is my life, Wu Zuguang is the soul that supports my life. If I can’t have both, then I would rather have Wu Zuguang.”

At that time, Xin Fengxia was less than 30 years old and at the peak of her career. What she said next in reference to a popular Chinese legend commonly played out in Chinese opera theaters was so touching. “Baochuan waited for Xue Pinggui for 18 years, I can wait for Wu Zuguang for 28 years!” According to the legend, a young lady waited for her husband to return from war. She waited patiently for 18 years until her husband returned home with flying colors as a victorious general.

The next day, Xin Fengxia too was labeled as a rightist counter-revolutionary and had to undergo public humiliation and torture, which is known as a “struggle session.” She was humiliated during daytime and during nighttime performances. But she was very popular with audiences, and as the only breadwinner of the family, she needed to continue work and perform on stage to earn enough money to take care of their children and herself. So after she finished her performance on stage, she was forced to clean toilets.

During her free time, Xin Fengxia frequently wrote to Wu Zuguang relating all the big and small matters of life and family that had happened, and the letters became their only comfort. For the three years that Wu was incarcerated in remote Northern China, Xin Fengxia looked after the entire family. During that time Wu’s father passed away from illness and his mother fell seriously ill. She was mentally afflicted with all manner of ill-treatment, humiliation, and abuse. The children were harassed as well. Through it all, she was determined to remain strong for her husband and the three children.

At the end of 1960, Wu was set free. When Xin Fengxia received news of Wu’s release, she cleaned and painted the house and asked her three children to put up posters on every corner of the house. The posters were pasted with various paper-cuttings and flowers and written on the posters were the words: “Welcome Home, Daddy!” She told her children: “Your father is returning from the place of ‘ice and snow,’ we want to make him feel warm.”

Some years later, China fell into even greater turmoil on account of the Cultural Revolution. Wu was again detained for his outspoken criticism of the government’s cultural policies. He lost his freedom and was incarcerated for eight more years.

In 1966, China was like a bloody red sea, full of fighting, rage, chaos, and disorder everywhere. Xin Fengxia, who was then 38 years old, was targeted once again. She was beaten and forced to dig underground air-raid shelters.

One morning, the “Red Guards” went on a rampage in the theater and burned a lot of opera costumes and props, with the flames rising high. The “Red Guards” labeled the Pingju performers as “monsters and demons” and forced them to kneel in a circle around the fire. Then someone shouted: “Beat!” The belts held by the “Red Guards” rose in rage and fell brutally to strike Xin Fengxia. She was hit so severely that her left knee was broken. She never fully recovered from the injury. After this assault, Xin Fengxia served seven years of forced labor.

In 1975, on the eve of the ending of the Cultural Revolution, Xin Fengxia developed a fever but was still forced to do hard labor. As she stepped out of the house, she had a brain hemorrhage and suddenly fainted. Hospital treatment was delayed since her workplace, the theater, would not provide the necessary permission letter for her to be admitted. Xin Fengxia was later paralyzed due to a stroke. Sadly, in her stricken condition, she had to bid farewell to her stage career forever. She was paralyzed for the rest of her life, 23 years.

During those 23 years, she amazingly wrote and published 28 books. When she was young, with no formal education, she did not know how to read or write. Her husband helped her to learn reading and writing, and thanks to him, Xin Fengxia managed to write and record her life story, family events, and her performances. She penned her own memoirs and autobiography. On top of that, she became a noted artist, creating thousands of paintings and drawings as well as brush paintings. On each painting, her husband would write in calligraphy the words “husband and wife painting.” So her works are tenderly called “Couple Paintings.”

Translated by Chua BC  and edited by Michael Segarty