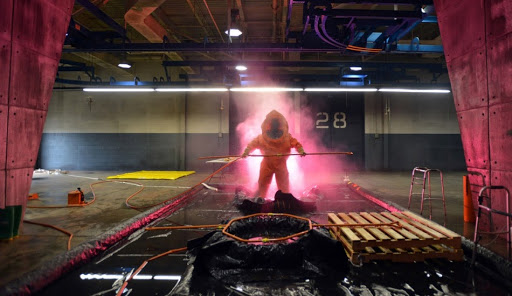 “The defector escaped from China and traveled to Europe, where he is under the protection of a European government security service… The PLA defector believes that Chinese intelligence has penetrated the U.S. government and is therefore wary of cooperating with the CIA and other Western spy agencies,” according to the  Washington Times. However, the person has provided some information about Chinese bioweapons to the U.S.

Recently, a researcher from China, Dr. Yusen Zhou, was found dead under mysterious circumstances. Zhou was the team leader at the State Key Laboratory of Pathogen and Biosecurity, Beijing Institute of Microbiology and Epidemiology in Beijing which has ties to the military. He specialized in emerging infectious diseases. It is being reported that Zhou had contact with the recent defector. The government is said to have secretly arrested several people who were related to the defector.

This is the second time in recent months that a defector from China has exposed the CCP’s links to biological experiments and bioweapons. Previously, Chinese virologist Yan Li-meng fled to the United States from China. She gave several interviews accusing the Chinese government of manufacturing the COVID-19 pandemic. The virologist believes that COVID-19 was developed in the Wuhan Institute of Virology and was created from two strains of viruses that are stored in a PLA lab. According to Yan, the communist regime made several attempts to capture her. If she had not arrived in the U.S., Yan might have been silenced or ended up dead like other targeted scientists.

In May, a senior U.S. official revealed that China was working on developing bioweapons that can target people based on their ethnicity. He expressed worries that Beijing might conduct biological experiments on ethnic minorities. China has even admitted to such a possibility. Back in 2017, a publication released by the Chinese military categorized biology as a new warfare domain. It also suggested that future wars could involve genetic attacks.

In 1972, leaders from more than 180 nations established the biological weapons convention according to which the development of such weapons was banned. However, there are serious concerns that several countries are not abiding by the restrictions. At least 6 nations are believed to be currently invested in bioweapon programs — China, Russia, Iran, North Korea, Iraq, and Libya. In 2015, U.S. intelligence classified gene editing as a potential weapon of mass destruction. The fact that you can create viruses that only affect specific races or ethnicities makes such weapons even scarier.

In July, Australian journalist Anthony Klan published a report that claimed China had entered into a secret 3-year deal with Pakistan to boost their biowarfare capabilities. Several such research projects will be run under the partnership, including experiments on anthrax. The agreement was signed between China’s Wuhan Institute of Virology and Pakistan’s Defense Science and Technology Organization (DESTO).

The Chinese side is providing all material, financial, and scientific support for the project. Beijing apparently wants to turn Pakistan into a hub for hazardous biochemical research so as to avoid any potential accidents in its own territory. One proposal under the project was to test a COVID-19 vaccine on Pakistani citizens.