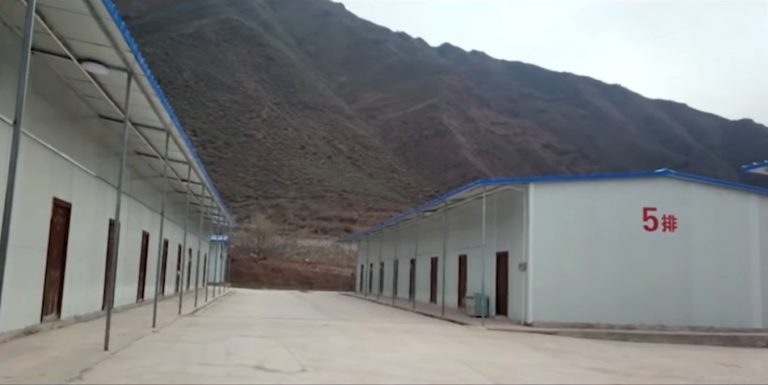 A new report has revealed that almost half a million Tibetans are being forced into labor camps by the communist Chinese government. (Image: Screenshot / YouTube)

A new report by German anthropologist Dr. Adrian Zenz has revealed that almost half a million Tibetans are being forced into labor camps by the communist Chinese government. The report was prepared under the sponsorship of a group of global MP’s who are urging world governments to take a tougher stance against China’s human rights violations.

According to Zenz, China has initiated a large-scale mandatory vocational training program in Tibet, forcing more than 500,000 rural laborers into military-style training centers in just the first seven months of 2020. This accounts for about 15 percent of the region’s population. Almost 50,000 people were transferred to jobs within Tibet, while several thousand were sent to work in other regions of China. Most of them apparently end up in low-wage work in sectors like construction, textile manufacturing, and agriculture.

“The labor transfer policy mandates that pastoralists and farmers are to be subjected to centralized ‘military-style’ vocational training, which aims to reform ‘backward thinking’ and includes training in ‘work discipline’, law and the Chinese language,” according to The Sydney Morning Herald. At the labor camps, the inmates are subjected to indoctrination and extensive surveillance. In many ways, these labor camps share similarities with Beijing’s mass internment of the Uyghur people.

Officials who fail to fulfill labor transfer quotas can face harsh punishments, while those who meet the Party’s needs are rewarded. Private intermediaries that organize labor transfers get a subsidy of US$74 for every laborer moved out of Tibet. For laborers employed inside Tibet, the reward drops to US$44. Authorities state that the labor transfer programs are completely voluntary. However, human rights advocates point out that most of these people are not in a position to decline work placements.

Though China has implemented labor transfers in Tibet previously, this is the first time that it has been done on such a large scale. Beijing has been sending officials into villages to conduct a survey on rural laborers as well as to hold educational activities aimed at propagating Party loyalty. There is a strong emphasis on “correcting” the thinking of such laborers. The workers who are moved into vocational training centers are given military-style training where they are made to wear military uniforms and are required to do military drills. Teaching programs in some places not only provide skill education but also “gratitude education” aimed at boosting people’s loyalty to the party.

China and the Olympics

Australian Liberal MP Andrew Hastie and Labor Senator Kimberley Kitching, co-chairs of the Inter-Parliamentary Alliance on China, stated that Zenz’s findings about Tibet were alarming. The founder of the alliance, Sir Iain Duncan Smith, has asked the International Olympic Committee (IOC) to reconsider its decision to host the 2022 Winter Olympics in Beijing given the gross human rights violations perpetrated by the communist regime.

Craig Foster, a former soccer captain from Australia, noted that should the IOC go ahead with the Winter Olympics in Beijing, it will be responsible for whitewashing “broad scale abuse.” Earlier, several Uyghur groups had also asked the IOC to shift the Olympics away from China given that the regime has been persecuting the community for decades. However, the IOC has not been open to such suggestions. On October 1, over 150 human rights groups staged a global rally opposing the Communist rule in China. This is the date when the CCP took control of China in 1949.