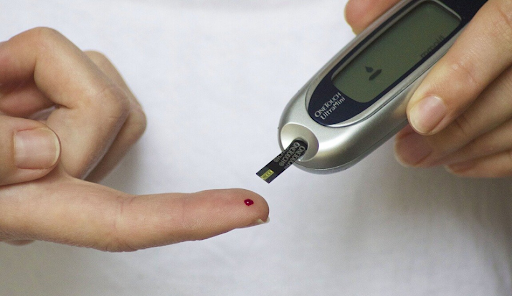 Doctors have been telling us that type 2 diabetes is a chronic, progressive disease, but Dr. Jason Fung says otherwise. MedlinePlus defines type 2 diabetes as a chronic disease in which a high level of glucose is found in the blood. If you consult dieticians, doctors, and diabetes experts, most would say the same thing.

The World Health Organization (WHO) states that there are 422 million people around the world suffering from diabetes. Over 34 million people are from America, and 90 to 95 percent of them have type 2 diabetes, according to the Center for Disease Control and Prevention (CDC).

Contrary to most doctors, Dr. Jason Fung, a Toronto-based kidney specialist and author of the best-selling books The Obesity Code and The Complete Guide to Fasting, states that we’ve been fed lies about the “chronic” disease type 2 diabetes.

Pre-diabetes and type 2 diabetics’ major distinction is the alarmingly high sugar level in the body. Cells are overflowing with glucose. The insulin hormone becomes essentially useless, as its main function is to allow glucose into the cells. As a result of glucose piling up around the cells, people develop insulin resistance.

When the blood sugar rises due to increased insulin resistance, doctors diagnose the patient with type 2 diabetes. And then a lifetime of medications and treatments begin. Medications and insulin do nothing to eliminate the problem, Dr. Fung says. They only hide and transfer the sugar out of the blood and into the body.

For example, metformin, a drug commonly prescribed to a person with type 2 diabetes, doesn’t eliminate sugar. Rather, it redirects the sugar in the blood into the liver. But the liver cannot take all the sugar in, so it delivers it to other organs, as well as converting the sugar into fat.

Weight loss is the key to defeating the disease. But people with type 2 diabetes are always directed toward insulin therapy. Dr. Fung says that insulin is notorious for causing weight gain, thereby worsening the disease. So what does the Toronto-based nephrologist suggest to fight against the disease?

If there’s too much sugar in the body, then the obvious solution is to get rid of it. And there are just two steps to follow: adhere to a no sugar diet and burn the excess in your body.

Step one is all about avoiding sugar intake completely or at least keeping it to a bare minimum. That means a person with type-2 diabetes must not consume food with refined carbohydrates and dietary protein since the body converts them into glucose. Dietary fat is okay. Natural fat is good too, and so is dietary cholesterol. And of course, people with diabetes must eat whole, natural, and unprocessed food.

As for step 2, fasting is the optimal solution to burn sugar in the body. This method forces the body to burn sugar for energy, and glucose in the blood is the most accessible energy fuel. A person with type 2 diabetes can practice intermittent fasting, in which they cycle periods between eating and fasting.

For example, a person with type 2 diabetes can fast between dinner and lunch, skipping breakfast. They should not eat anything for a period of 14 to 16 hours. This should be done every day until the excess glucose is burned off the body. Dr. Jason Fung is a firm believer that type 2 diabetes and pre-diabetes patients can cure the disease without the need for medications.

Dr. Fung’s views have attracted criticism from several experts. Heidi J. Silver, Ph.D., director of the Vanderbilt University Medical Center’s Diet, Body Composition, and Human Metabolism Core in Tennessee, noted that intermittent fasting may not be sustainable in the long-term when it comes to getting rid of weight. She also argues that most research on the effects of dieting has been done on animals, not human beings. Silver also expressed concerns about how the human body’s metabolism might change in the long term due to fasting.

Bariatric surgeon Dr. Peter LePort agrees with Fung’s idea that balancing hormones like insulin can result in weight loss. However, LePort is not so enthusiastic about the solutions Fung has put forward. Fung has proposed eating only when hungry rather than following a set mealtime. He believes this will help with weight loss. LePort points out that when people used to eat only when hungry, which was what humans did when they lived in caves, the average lifespan was just about 25 to 35 years. But today, even with the fixed mealtimes, the average human lifespan has been doubled to well into the 70s.

Ben Sit, President of Evolved Sport and Nutrition, believes that Fung has misunderstood the obesity issue and that following his advice would only trigger disordered eating. He is also apprehensive of Fung’s Intensive Dietary Management (IDM) program since there are no recognized dieticians on board.