The History of Street Photography and Its Growing Popularity 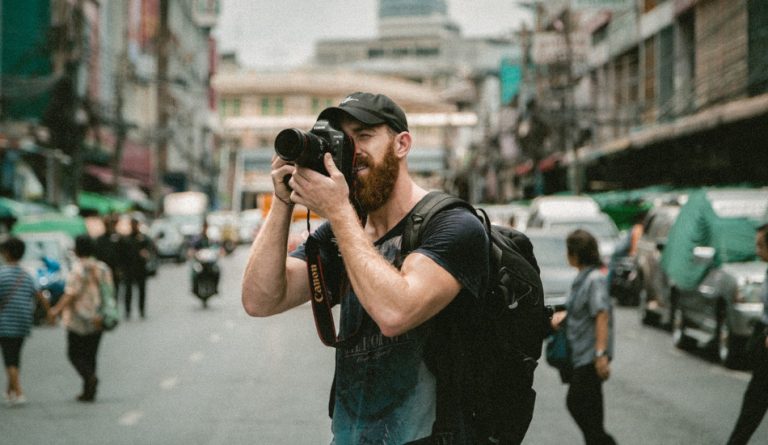 The purpose of a street photographer is to capture what happens right in front of him. (Image: StockSnap via Pixabay)

A brief history of street photography

Street photography depicts daily life as it happens in a public space. This is actually not a new trend that was started by someone, but an extension of earlier trends in other artistic fields like painting. Even as far back as Egyptian times or during the more recent medieval renaissance period, artwork that portrayed daily life was common.

The invention of cameras just provided creative people with a new way to portray public spaces. The first-known street photographs date from around 1838 and were made by a French artist named Louis-Jacques-Mandé Daguerre. The images showed a view of the streets from his window.

In 1925, the world of street photography changed with the introduction of Leica cameras. The bright viewfinder, changeable lenses, and overall compactness made Leica a hit with photographers, allowing them to easily navigate streets and quickly take pictures. In the U.S., the popularity of street photography has often been linked with the growing interest in jazz music, since both of them focus on narrating the everyday life of people. Between 1938 and 1941, photojournalist Walker Evans worked on a photo series of the New York City subway. He used a hidden camera to take pictures of people in public spaces.

In 1958, American photographer Robert Frank published a book called The Americans. The street photos he took broke away from what was considered ‘normal’ at that time. Frank’s photos were raw depictions of life and were mostly out of focus. Most American photographers rejected Frank’s book.

The late 20th century and the early 21st century saw a boom in street photography. Cameras became cheaper and of higher quality, easily accessible to enthusiasts. However, what truly impacted street photography in the 21st century is the spread of smartphones. Featuring high-end cameras and software, smartphones allow even someone with zero experience in photography to take some outstanding images. Suddenly, almost everyone had the potential to become a street photographer, a field that was out of bounds for most people earlier.