Here’s Why You Should Consider Eating Acorns 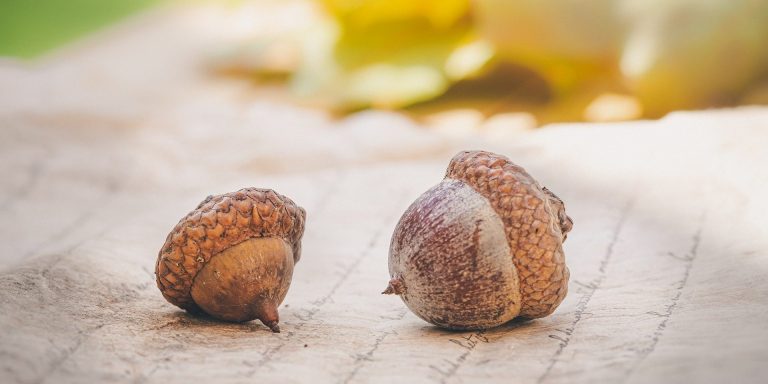 Acorns are nuts produced by oak trees and they have served as a staple food for numerous societies in the past. (Image: Ylanite via Pixabay)

Acorns are nuts produced by oak trees and have served as a staple food for numerous societies in the past. Today, they have been replaced by staples like wheat, rice, barley, and so on. However, there is a good reason why you should consider making them a part of your meals — they provide excellent health benefits.

Acorns are rich in antioxidants that can protect cells from being damaged by molecules called free radicals. Several research studies have shown that a diet rich in antioxidants can prevent chronic illnesses like heart disease, diabetes, some types of cancers, and so on. One study conducted on rats found that an extract from acorns reduced inflammation in creatures who had suffered reproductive damage. More than 60 beneficial antioxidant compounds have been identified in acorns, including quercetin, catechin, resveratrol, and gallic acid.

They contain fiber that provides nourishment for the bacteria in your gut, thereby making the digestive process easier. An imbalance of such bacteria is said to be one of the reasons for diabetes, obesity, and bowel diseases. In a study that looked at 23 adults with indigestion over a 2 month period, those who consumed 100mg of acorn extract per day were found to have less stomach pain than people who took cornstarch capsules.

If you are worried about the health of your skin, acorns can help with that too. Boil or soak some acorns and apply the resulting water to your skin. This will smooth out rashes and burns while also reducing the inflammation caused by burns. The nutrient-rich water can be used to heal wounds and cuts. The presence of calcium, potassium, and phosphorus in acorns helps to strengthen the bones as well as prevent the onset of osteoporosis. Being rich in proteins, they can also play a crucial role in repairing damaged tissues and developing new ones.

Some people believe that acorns can be harmful due to the presence of tannins. This is a misconception. Though tannins can be harmful when ingested in large amounts, it is generally never recommended to eat acorns raw. Once you soak or boil them, most of the tannins leach out and they usually become safe to eat. After all, many communities have been eating acorns for thousands of years. If eating them was as harmful as propagated, these communities would have abandoned them as a viable food long ago.

First, you should never eat acorns raw as they contain tannins that can cause liver damage and cancers. Secondly, they can cause adverse reactions in people who are allergic to tree nuts. In fact, almost 1.2 percent of the American population is believed to have this condition. The reactions can range from mild itching to severe difficulty in breathing.

Excess consumption of acorns can lead to acorn poisoning, also known as oak toxicity, which can eventually cause kidney and gastrointestinal issues. Some people might not feel these extreme effects, but they might still suffer from an upset stomach and nausea.