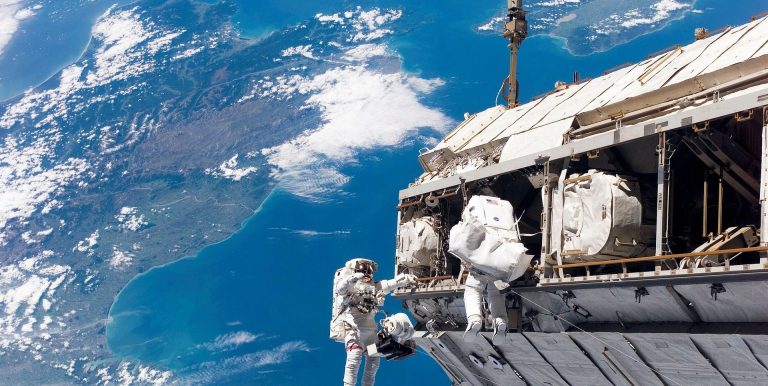 A new partnership has been signed between Australia and the UK for increasing investment and knowledge exchange between the space sectors of the two countries. (Image: Pixabay via NASA)

Jim Bridenstine, the chief of NASA, is worried about China’s attempt to establish a space station in Earth’s orbit given that the International Space Station (ISS) is due to be decommissioned over the next decade. He believes that if a Chinese space station were to succeed, it could give Beijing a huge strategic advantage over the U.S.

A warning about the Chinese space station

The ISS was built as a joint project between the U.S., Europe, Russia, Canada, and Japan. The station has been in continuous service since 2000 and is expected to be retired by 2030. He wants the U.S. to have a presence in low Earth orbit, which is defined as 1,200 miles or less from the Earth’s surface, even after the ISS is retired. For this purpose, the space agency has asked the government for US$150 million during the next fiscal year so as to promote the commercialization of low Earth orbit.

Beijing expects its Chinese space station to become operational by 2022. Named Tiangong, which roughly translates as “Heavenly Palace,” China plans on partnering with organizations from 17 nations to conduct scientific experiments aboard the Chinese space station. These entities will be from countries like France, Kenya, Japan, Peru, Germany, and so on. Bridenstine points out that Beijing could become a huge influence in space, something he believes would be tragic since it would mean that the U.S. would be ceding the territory to the Asian nation after having dominated it for so long.

Back in 2007, China launched its first ground-based direct ascent anti-satellite missile, the SC-19, which it has been refining for the past decade. The SC-19 is now fully operational, putting all American low Earth satellites at risk. China is also working on technologies that can block or degrade global navigation satellite systems like GPS. To counter China’s growing space military prowess, the American government has established the United States Space Force as an independent military branch.

Recently, a group of Republican House members released the “China Task Force” report, which argues for more government support for NASA programs to keep America competitive with China’s progress in space. The report also called for legislation to assist the domestic space industry as well as to manage space traffic. It asked for the passage of the “American Space Commerce Free Enterprise Act” bill to boost private investment in the space sector.

The report raised concerns about the possibility of China securing a leadership role through its Moon missions. It advised the U.S. to continue maintaining a presence in low Earth orbit, initiate a space mission to send American astronauts to the Moon once more, develop a plan to explore Mars, and ensure constant support for space missions.