China and the Rise of Underground Churches 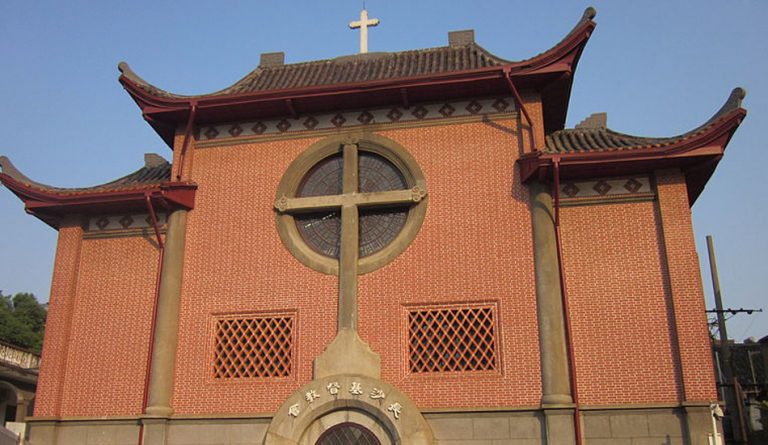 The Chinese government is famous for the persecution of religious beliefs in their country, whether it be against Buddhists, Christians, Muslims, or others. (Image: via Wikimedia Commons)

The Chinese government is famous for the persecution of religious beliefs in their country, whether it be against Buddhists, Christians, Muslims, or others. However, Christian communities in the country are facing ongoing persecution by establishing so-called underground churches, where they are free to practice their beliefs in a genuine way.

Unlike what the name might indicate, an “underground” church does not mean that the church is located deep below a home or building. It simply means that the church operates outside the surveillance of the Communist Party.

“Our faith is strong… If we get shut down, we will pick up our things and worship somewhere else,” an underground church’s elder shares in an interview with Equal Times.

Christianity is one of the fastest-growing religions in the country. And within Christianity, the Protestants dominate with larger numbers. According to estimates, there are about 100 million-plus Protestants in China. Catholic Christians come second with around 12 million adherents.

According to a Christian rights group, China Aid, tens of thousands of Christians have seriously suffered under the government’s crackdown on underground churches between 2012 and 2016. In 2015, more than 500 Christians were arrested because of operating a house church. In 2016, this figure rose to 600. Several churches were torn down and their crosses were removed by force.

A case in point is the Vatican asking their own bishop Guo Xijin to stand aside for the government-appointed Bishop Zhan Silu. But this has disappointed Catholic followers who are very adamant that they can only follow a bishop who is in tune with their beliefs and not some government-appointed person.

“We follow the Pope and the Vatican so the Government doesn’t recognise us and regards us as illegal. But now we’re concerned about compromises the Vatican may make… We hope they don’t sacrifice us and betray us for this deal,” Father Zhu Ruci, deputy of Bishop Guo Xijin, said in an interview with ABC.

The state has also been trying to create a Chinese version of Christianity that is compatible with the beliefs of the Communist Party. And the government has been very active in trying to displace Protestant and Catholic churches with its own state-sanctioned church.

“I choose to lead a Christian life within the law… I certainly will not do what the government does not allow me to do, let’s say, preach the gospel in the subway to cause a lot of people to come to me and as a result, the street or the road gets blocked,” Pastor Wu, who is a member of the official state-sanctioned church in Beijing, said in an interview with the BBC.

And this seems to be the Communist Party’s way of tackling religious beliefs — if you can’t control it, co-opt it. But how effective the strategy will be is something that only time will tell. For now, most Christians in China are holding tight to their beliefs, unwilling to see them diluted with communist ideology.