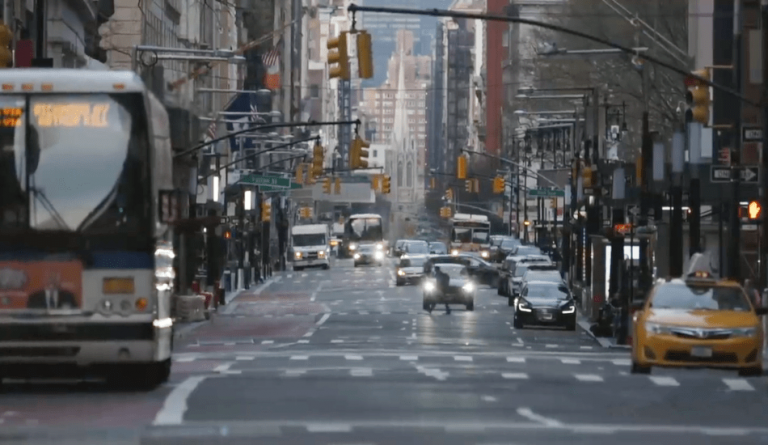 “Their spy program is massive… They aggressively mine social media and look for Chinese-Americans who have affection for Mother China… Police, military, counterintelligence are very big targets… The Chinese would have a great interest in somebody with the NYPD who can get records, provide traces, find out who is under investigation. They probably had a tip-off and found a way to cozy up,” Olson said to the New York Post.

Olson’s warning comes at a time when a naturalized U.S. citizen of Tibetan descent working as an NYPD officer was arrested recently after it came to light that he was spying for China. The officer, Baimadajie Angwang, is a former marine and a U.S. Army Reserve staff sergeant. The 33-year-old even won the “Cop of the Month” award in 2018. He has been charged with making false statements, wire fraud, and unlawfully acting as an agent of a foreign government. According to Olson, people like Angwang are a “gold mine” for Beijing.

The ex-chief points out that Chinese intelligence often succeeds in convincing their targets that their actions will not harm the interests of the United States. Beijing has numerous spies that provide all kinds of information that might look too inconsequential and worthless. However, when all the collected information from these spies is put together, some substantial information can emerge.

Olson states that the Chinese agents may have used Angwang to monitor the activities of NYPD, including the databases they possess, their surveillance programs, what information they are collecting about China’s consulate officials, and so on.

One factor that raised suspicion about Angwang’s activities was that even though he had settled in America as an asylum seeker, he made numerous trips to China. Olson points out that it is normal for handlers to ask their operatives to come to China occasionally for debriefing as well as to receive compensation. This allows the Chinese agencies to assess the potential of the operative on their own turf.

Spying will be put across as something to help out fellow Chinese people. In case the operatives have family back home, Beijing will use it as leverage. Cooperation would guarantee the safety of relatives and an easier life in China. Refusing to cooperate would make the lives of these relatives pretty tough.

According to reports, Angwang has two parents in China, both of whom are said to be members of the Communist Party. Angwang reportedly said to one of his handlers that he would be taking an NYPD exam that could come with a promotion, pointing out that he was doing it “for the people back home.” U.S. Secretary of State Mike Pompeo called China’s New York consulate a hub of spies and indicated that more people could be apprehended following the arrest of Angwang.

To make people aware of the Chinese espionage threat, the FBI recently released a film exposing the recruitment efforts of Beijing’s agents. The film, titled Nevernight Connection, is 26 minutes long and is loosely based on the incidents surrounding ex-CIA officer Kevin Mallory, who has been convicted of spying for China.

Alan E. Kohler, FBI assistant director for counterintelligence, stated that the film showcases how foreign intelligence agencies pose as consultants and headhunters to get in contact with American professionals through networking sites. The film also shows the real-life arrest of Mallory at the end.