Report Exposes the Cultural Genocide of Uyghur Society in China 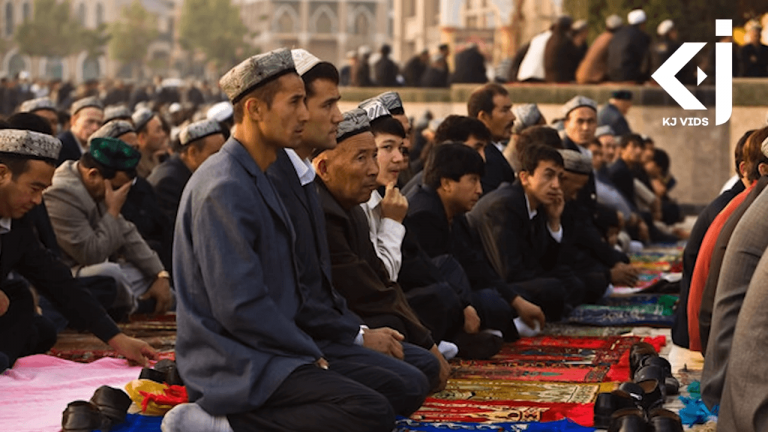 A recent report by the Australian Strategic Policy Institute (ASPI) has revealed the extent to which the Chinese regime is erasing the cultural identity of the Uyghur minority population in Xinjiang. (Image: Screenshot via YouTube)

A recent report by the Australian Strategic Policy Institute (ASPI) has revealed the extent to which the Chinese regime is erasing the cultural identity of the Uyghur minority population in Xinjiang, which is cultural genocide. The aim of Beijing is to homogenize Uighurs into the country’s Han Chinese majority, even if that means erasing their cultural and religious identity for good.

The report utilized satellite imagery to conclude that around 16,000 mosques in Xinjiang, which is almost 65 percent of the total, have either been damaged or destroyed by the government. Most of the destruction has happened since 2017 when the Chinese government started its new campaign of “re-education” across Xinjiang. Around 30 percent of the key Islamic sacred sites across Xinjiang, which includes cemeteries, shrines, and pilgrimage routes, have been demolished as well.

According to the report, there are now less than 15,500 mosques in Xinjiang, the lowest number since the Cultural Revolution when only around 3,000 mosques existed. The only exception to widespread mosque destruction in places like Kashgar and Urumqi, which attracts a large number of tourists. Most places where the mosques have been destroyed are currently vacant and have not been repurposed for any other use.

The report points out that most international organizations have turned a blind eye to the oppression of Uyghurs. The International Council on Monuments and Sites (ICOMOS) and the UN Educational, Scientific and Cultural Organization (UNESCO) have both maintained silence on the destruction of Uyghur cultural sites. ASPI has asked both organizations to mount an investigation into the state of the cultural heritage of Uyghurs in Xinjiang and sanction the Chinese government for any discovered crimes.

The report implores the world government to pressure Beijing to end its cultural genocide of Uyghurs and suggests boycotting major events held in China, like the upcoming 2022 Winter Olympic Games. In September this year, a global coalition of 321 civil society groups from 60 nations asked the UN to set up an independent international mechanism to deal with the Chinese regime’s human rights violations. The report urges the UN to follow through with this recommendation.

Recently, a village in Kazakhstan found a Quran floating in a river wrapped in plastic and packed in a zippered bag. Since 2017, Chinese authorities have confiscated a large number of copies of the Quran from Xinjiang and burned them. In addition to religious texts, even secular books in languages like Arabic, Uyghur, and Kazakh have been burned.

“Muslims who do not want their Qurans to be desecrated by the CCP keep them hidden at home, or bury them in the ground… When the police are about to discover them, they carefully and respectfully wrap the Qurans in plastic and put them in the Ili River, which flows from the Ili Kazakh Autonomous Prefecture in Xinjiang to Kazakhstan, hoping they will be recovered in the latter country,” a Kazakh activist said to Bitter Winter.

Meanwhile, Uyghur children who study inland China’s universities and schools are under increased scrutiny from the state. The Uyghur children are constantly supervised by their teachers and colleagues who inspect their dormitories for any faith-related items and check whether they pray or are engaged in religious ceremonies. The cellphones of the students are also monitored. One child who watched a short anti-government video online was investigated by the State Security Bureau.