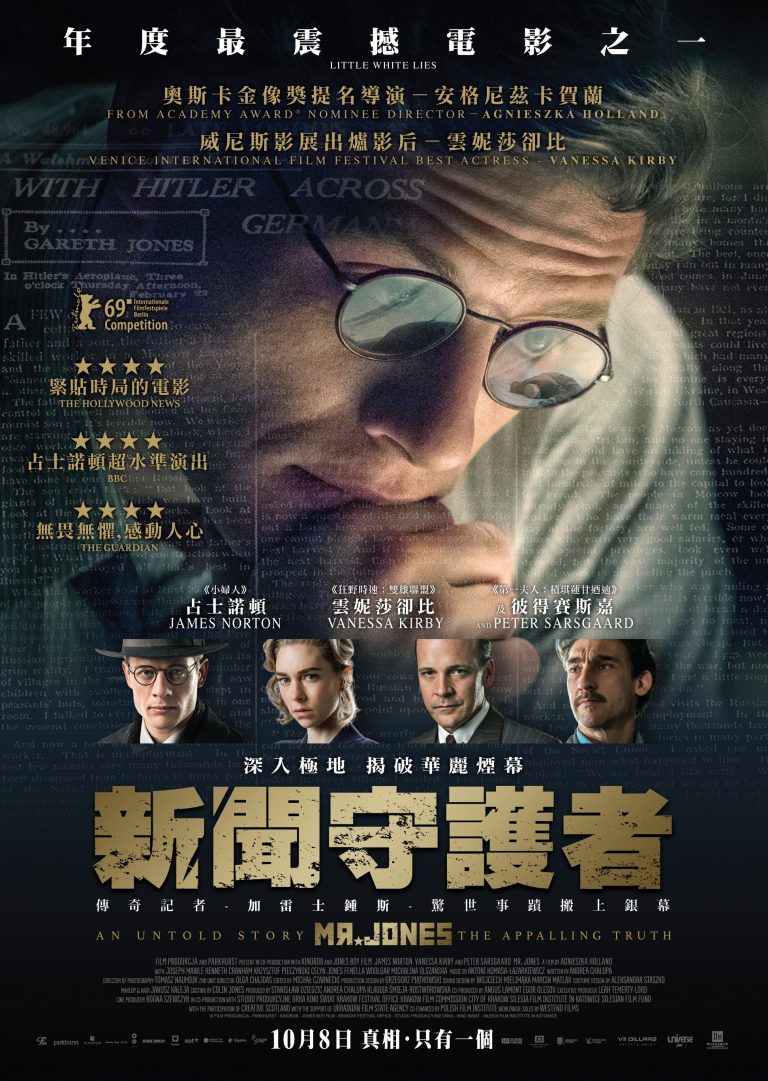 'Mr. Jones' is based on the life of Welsh journalist Gareth Jones, who exposed Soviet Russia’s man-made famine. (Image: dropbox.com)

Mr. Jones is a 2019 movie directed by Agnieszka Holland based on the life of Welsh journalist Gareth Jones, who exposed Soviet Russia’s manmade famine in 1933 that ended up killing millions of Ukrainians. Starring James Norton in the title role, the movie is a stark reminder of the dangers of communism and authoritarian rule.

In the early 1930s, Jones traveled to the Soviet Union in hopes of interviewing Stalin. However, he instead got exposed to a dark secret of the Stalin regime — the famine in Ukraine. In March 1933, Jones boarded a train to the capital of Soviet Ukraine, Kharkiv. When the train reached the border of Russia and Ukraine, Jones disembarked and started exploring the area. He soon realized that Ukraine was in the midst of a horrible famine.

In a letter written to the editor of the Manchester Guardian, Jones mentions that in almost every village he went, the supply of bread had run out at least two months back. The entire stock of potatoes had been exhausted. People were reduced to eating what little beet was left, a food item that was earlier reserved as cattle fodder but had then become a staple food of the citizens. About four-fifths of the horses and cattle had perished and people were dying in large numbers due to the famine. Jones notes that he won’t be able to forget the swollen stomachs of children in the cottages in which he slept.

After leaving the Soviet Union, Jones issued a press release in which he detailed his experiences and exposed the famine underway in Ukraine. However, most of the Western journalists and intellectuals dismissed his reports since many of them were fixated on the idea of a socialist paradise. Even playwright George Bernard Shaw denied the exposé and signed a joint letter in which he accused British media of making it look like Russian workers were starving and treated as slaves. Jones’ most vehement opposition came in the form of Walter Duranty, the Pulitzer Prize-winning correspondent for The New York Times, played brilliantly in the movie by Peter Sarsgaard.

In his articles supporting Soviet Russia, Duranty attacked Jones’ narrative constantly, accusing him of jumping to conclusions without any facts. Duranty initially denied that there was a famine in Ukraine, stating that the region was only experiencing “food shortages.” The 1932-33 Ukrainian famine, known locally as the “Holodomor,” is one of the worst atrocities of the twentieth century. But most people do not know about it since the Western journalists in those times concealed this event from being reported.

With the film, director Agnieszka Holland manages to tell the world the true story of Holodomor. “The story of Gareth Jones has been around for many years, it has been part of my family and part of my history. To see it portrayed, even if dramatically, is excellent because it brings the story forward, it makes him known and makes what he did know,” Graham Colley, the great-nephew of Gareth Jones, said to the BBC.

The cause of the Ukrainian famine is said to be Stalin’s desire to have control over the Soviet Union’s agricultural sector so as to fund his militarization and industrialization plans for the country. Stalin’s policies led to millions of peasants being forced into collective farms. This triggered massive public resistance and peasant uprisings through the 1920s and 30s. Stalin responded by carrying out large-scale deportations.

By 1932, so much of the grain supplies from Ukraine were taken away by the Stalin government that the region started experiencing famine. In just a year, the entire country was under mass starvation. Stalin used this vulnerable time to crush Ukrainian nationalism. He instructed the closure of all Ukrainian schools, cultural institutions, and so on in a bid to wipe out their culture. By June 1933, around a million people are estimated to have died in the Kharkiv region. In total, 4 million Ukrainians are believed to have died as a result of the famine.