An Incredible Hair Loss Remedy That Anyone Can Try 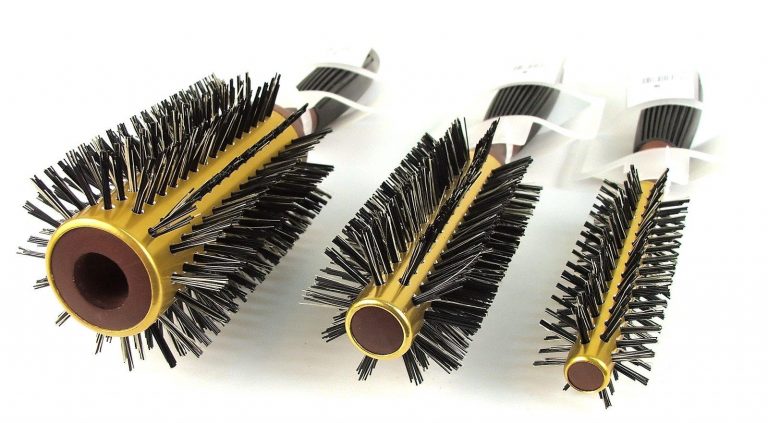 Hair loss is distressing. After washing and combing your hair, it’s so upsetting to see a large amount of hair in the brush or shower tray. Wouldn’t it be great to have a hair loss remedy to try out for just these indications?

Well, you may be in luck, because according to traditional Chinese medicine (TCM), kidney deficiency, blood deficiency, or staying up late often leads to hair loss. With the following simple remedy, you can introduce a routine to help your scalp and hair stay healthy before you style your hair in the future.

TCM practitioners teach you acupressure to prevent hair loss, let your hair grow back, and even improve grey hair. According to TCM, there are three main reasons for premature hair loss.

The main reason why young people lose their hair is mostly due to staying up late. A frequent imbalance between work and rest can cause the body’s fire and nutrients to fall into deficiency, which can affect the scalp.

Due to aging, the kidney qi will become less. As a result, the hair may grow thinner. According to TCM: “The decline of kidney qi causes hair loss and the hair to turn grey.” However, many young and middle-aged adults have excessive kidney failure and hair loss due to too much sex and other kidney qi depleting activities.

Hair loss is also closely related to the body’s blood condition. Hair loss caused by blood qi and nutrient deficiency is common in women. Young mothers, after giving birth, are especially prone to experiencing hair loss. But there are also other reasons that can lead to hair loss, like too much bleeding during the menstrual period and — as mentioned — excessive blood loss after giving birth.

There is a popular treatment method in TCM that many people, especially in China, swear by. It is said that consistently applying this method can be beneficial to restoring healthy hair growth.

The following acupuncture points can be massaged on one’s head and feet to combat and avoid hair loss. Acupressure has long been regarded to be beneficial for preventing hair loss. As the saying goes: “Headache treats the feet.”

This means that there is a connection between the feet and the head. Therefore, massaging the feet can also have a positive effect on the associated areas of the head.

There are eight points to massage — according to a TCM hair loss remedy — to improve hair growth and prevent hair loss.

Location: Straight up along the tips of the ears and on the top center of the head

The Baihui point is the most critical point for treating various hair problems. When massaging, put the index finger, middle finger, and ring finger of both hands together, using the fingers’ pads along the midline of the human body, starting from the front hairline, and gradually pressing to the back of the head. When pushing to the Baihui point, press it a few more times, and there will be a sense of soreness.

Location: At the skull base, at the top of the neck back, in the soft depressions just lateral to the thick tendons of the trapezius muscle.

Put four fingers behind the head and rub the Fengchi points with the thumbs. Massaging the Fengchi acupoints can stimulate hair follicles and strengthen hair roots.

Location: The Jiaosun point is above the tip of the ear, facing the hairline, and there is a sore point. The Yifeng point is in the apparent depression behind the earlobe.

Use the pads of the index finger, middle finger, and ring finger to firmly massage the back of the auricle from the Jiaosun to the Yifeng acupoints. Massaging this area is especially beneficial for people with wide temples.

Location: In the hairline of the forehead. Pressing this point may cause a slight pain, but there is no need to worry.

Massage this area with the pads of the middle finger and ring finger. Pressing the Touwei points can activate the blood of the whole head. It is also recommended that you massage the entire scalp. Avoid using plastic combs, rather choose wooden combs (especially peach wood) and horn combs. The horn comb feels cooler, which makes it especially suitable for people feeling like they have a hot head.

Pressing the Touwei points can activate the blood of the whole head. (Image: Pixabay / CC0 1.0)

Location: Inside the foot, in the depression between the tip of the ankle and the Achilles tendon.

Press with the pad of the thumb. The Taixi point is the original point of the kidney meridian. Pressing the Taixi point has an excellent effect on nourishing the kidneys and is especially suitable for hair loss and gray hair caused by kidney deficiency.

Location: On the foot back, between the big and second toes, in the depression about a thumb’s width upward.

Press with the pad of the thumb. Pressing the Taichong point can help nourish the liver. As the liver and the kidney are homologous, it is best to massage the Taixi point.

If the hair loss is caused by blood deficiency, you can massage the Shousanli point to replenish the qi and blood. Combing the hair and massaging the acupoints have the same stimulating effect and can strengthen qi and promote the blood’s local circulation.

Translated by Joseph Wu and edited by Hermann Rohr and Helen